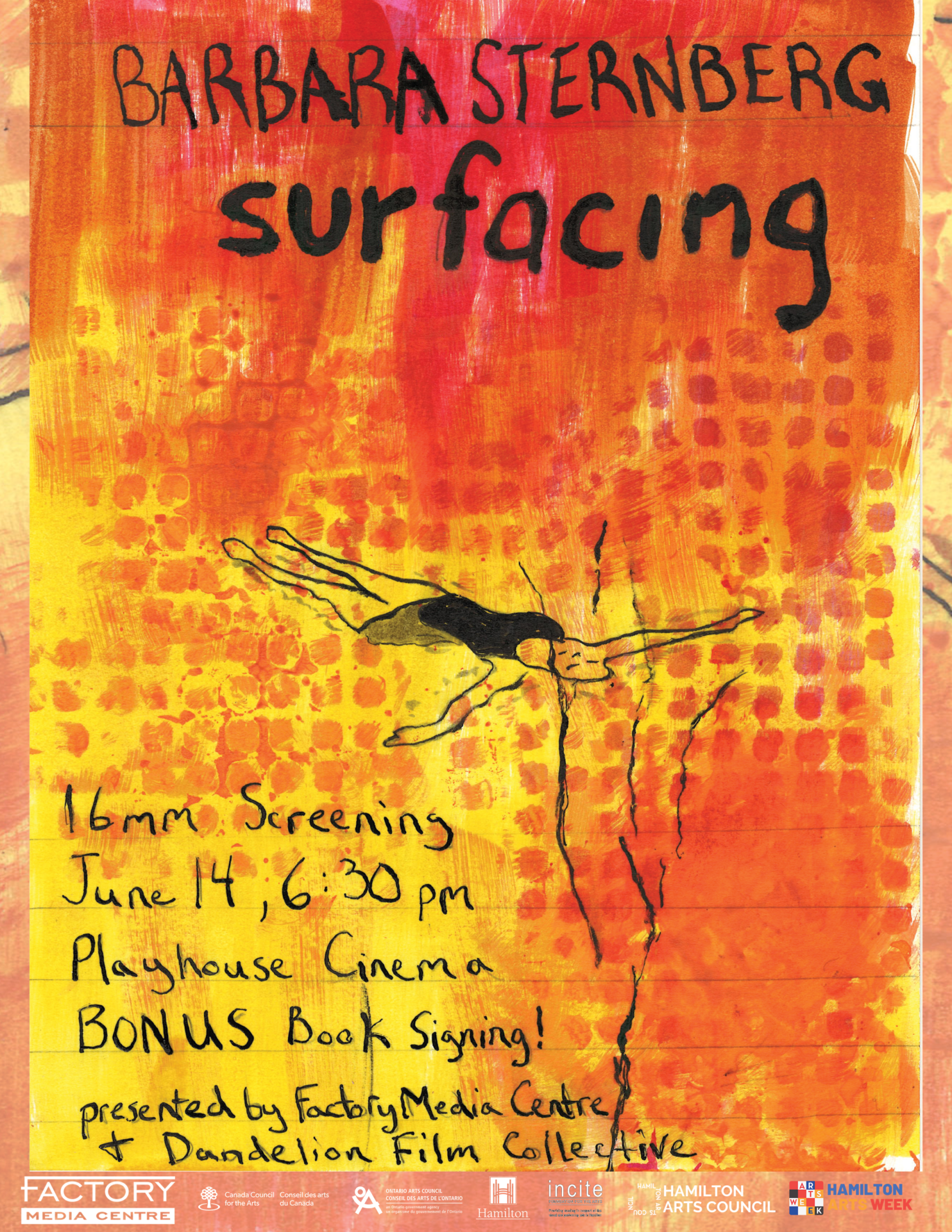 Untitled #1 is a film of liminal thresholds, borders, amorphous states - sky, clouds, fog, lake, snow. A film in motion - camera gestures and emulsion activity. People and seasons pass in the daily repetitive cycles- repetitions and reprises and beginnings again - sameness amidst the fleeting. Blurring, merging, dissolving boundaries,- the world as it is forming and disappearing…Not nothing, everything.

After the screening, Sternberg will give a short talk followed by a Q&A and book signing.
This event is free, all are welcome to attend.

Active since the 1970s, Sternberg’s films have been screened widely across Canada as well as internationally at the Pompidou Centre in Paris, Kino Arsenal in Berlin, The Museum of Modern Art and Millennium Workshop in New York, and the Ontario Cinematheque, Toronto. In 2011, Sternberg was made a Laureate of the Governor General’s Award in Visual and Media Arts. In 2022, Sternberg edited (with Jim Shedden) Moments of Perception: Experimental Film in Canada, a collection of essays and profiles by Michael Zryd and Stephen Broomer tracing the various figures, film scenes, co-ops and movements from the 1950's to the present day.

This program is presented in partnership between Dandelion Film Collective and Factory Media Centre:

Based in Hamilton, Ontario, Dandelion Film Collective is a loose consolidation of artists committed to working with analog film as a medium of expression and a format for exhibition.

The Factory Media Centre is a not-for-profit artist-run resource centre located in Hamilton, Ontario dedicated to the production and promotion of creatively diverse forms of independent films, videos, and other streaming multimedia art forms. FMC also provides access to facilities, equipment, peer resources and educational initiatives to the community of time-based visual artists, as well as to the community at large. FMC is currently renovating our new home at 366 Victoria Avenue North, with current programs taking place off-site and online.