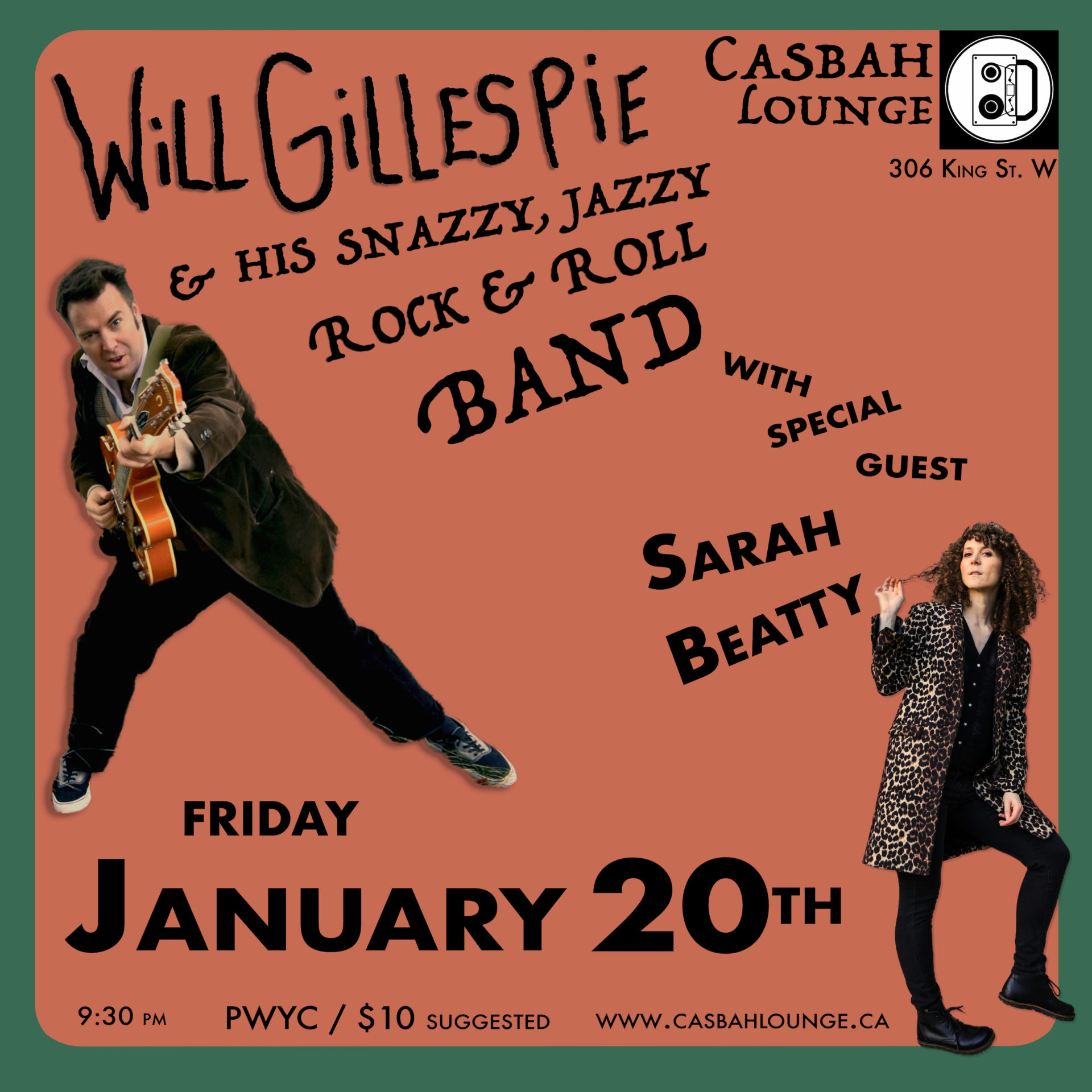 Will Gillespie & His Snazzy, Jazzy Rock & Roll Band is:

Opening the show will be Singer-Songwriter Sarah Beatty.

Eclectic and captivating, songwriter and scientist Sarah Beatty might be best described as a clandestine drink of conversation between Joni Mitchell, Julie Andrews and Albert Einstein. With a voice as sharp as a silver-spur and dangerous as a diamond-backed sidewinder (Raw Ramp), she's a curious observer and constant inquirer of life's offerings. Bandit Queen, her latest release, chronicles women at the leading edge of social norms, graces, and allowances. It peaked at #1 on Canada's Roots charts, became a staple in Top 30 charts across the country, appeared in the Earshot Top 20, and planted her songs and insights square in the ears and hearts of bloggers and industry insiders. Far beyond the mainstream, it landed on international playlists all the way from Nashville to The Netherlands and as a live performer, she's known for enchanting audiences with warmth, wit, and messages that make people think.

Will Gillespie is a songwriter, guitarist and entertainer living in Hamilton, Ontario. He has been described as an ever-evolving musical chameleon, the classic singer-songwriter, creating music without limitations on style or genre.
Originally from South Porcupine, northern Ontario, Will is known for his eclectic songwriting, evocative guitar playing and entertaining live show. Will Gillespie is also the author, composer and director of the award-winning musicals “Swingin’ in St. John’s” “Diamond in the Rough” and "MINE! True Stories and Legends of the Porcupine Gold Rush."