Toronto Tabla Ensemble presents "For the Love of Tabla" 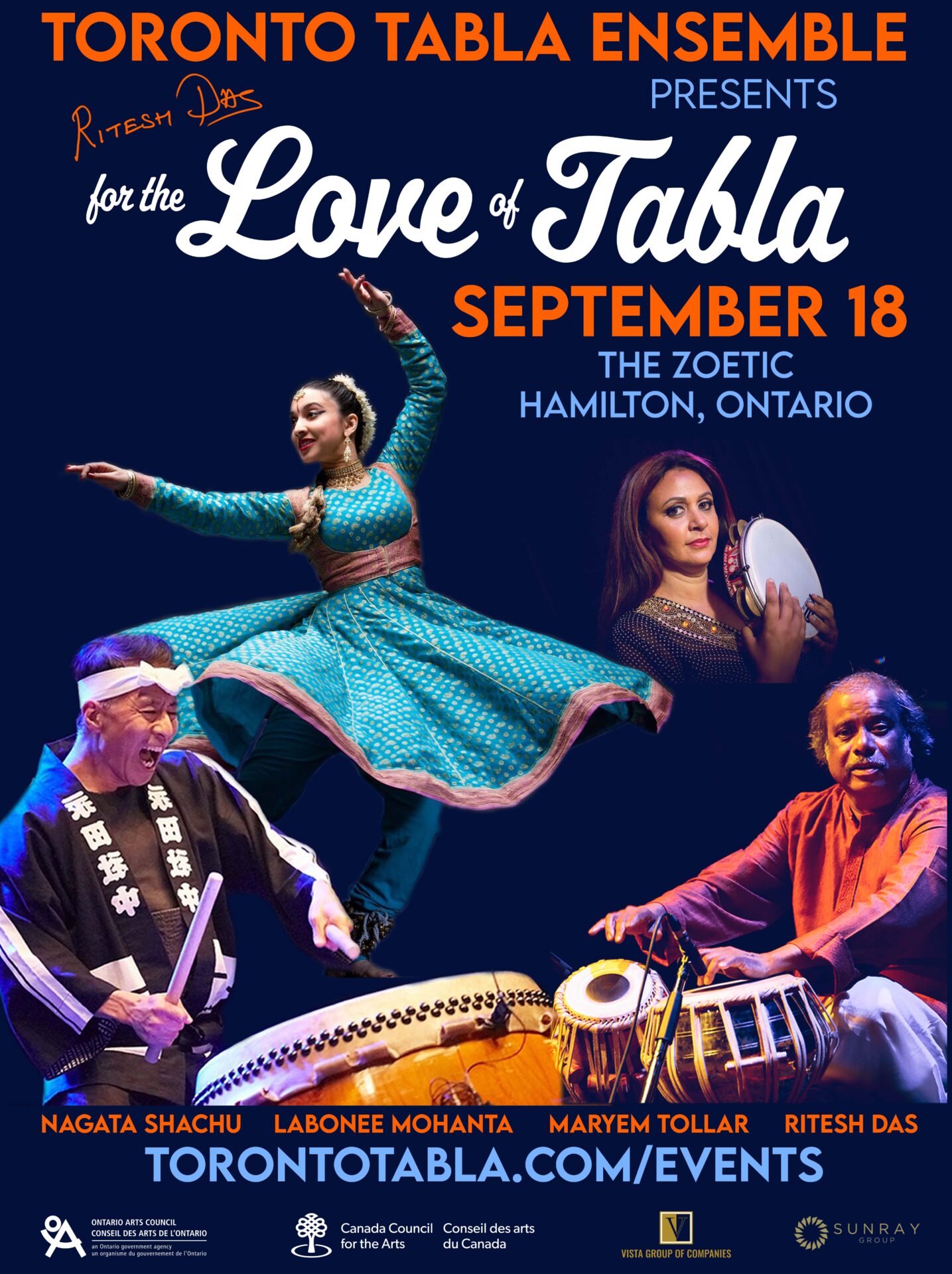 For The Love Of Tabla, the groundbreaking, Juno-nominated collective’s eighth and most appealing studio release, truly is a labour of love — and an album that lives up to its name by putting the North Indian Tabla right where it belongs: Front and centre.

Over the last three decades, Ritesh Das and Toronto Tabla Ensemble have wowed audiences playing some of the biggest stages around the world. As they’ve brought their intricate music to the masses, they have won and been nominated for numerous creative awards — including the Global Music Award for Outstanding Achievement in composition, the Independent Music Award for Best World Traditional Song, and a JUNO Award nomination for their enigmatic record, Firedance.

Now audiences in Hamilton will get a chance to be up close and personal to the delightful music device to learn and experience first-hand its immersive sound; Toronto Tabla Ensemble’s For the Love of Tabla will take the stage at the Zoetic in Hamilton – this September 18th at 7:00pm. Tickets are available now!