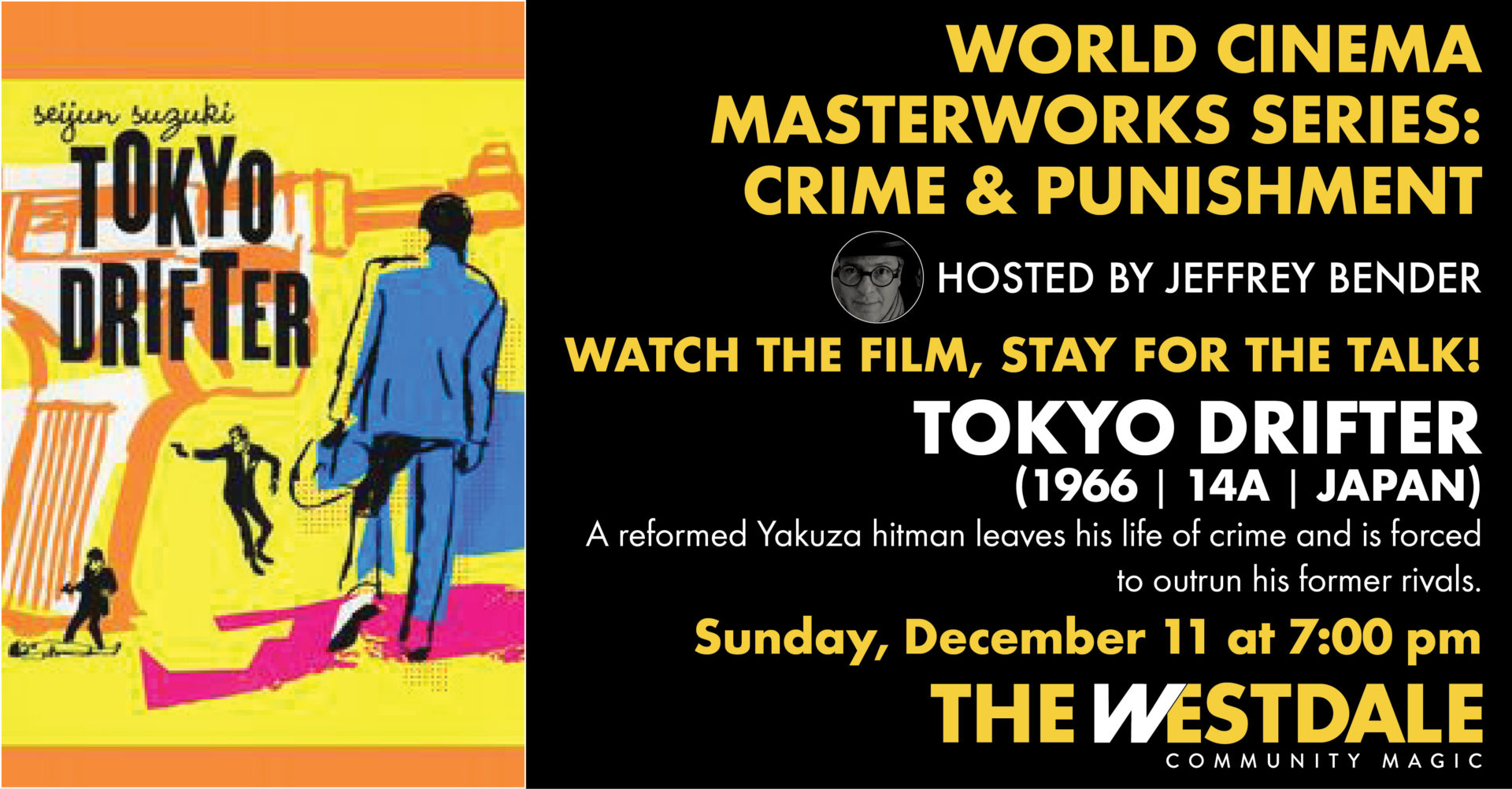 Part of our World Masterworks: Crime and Punishment Series!

Jeffrey Bender will be your guide as he takes you worldwide to the seedy underbelly of international cinema and a rogues’ gallery of murderers, thieves, gangsters, and unruly mobs!

Jeffrey Bender has hosted The Hollywood Classics and International Film Clubs at The Westdale. He returns to our theatre to continue the World Masterworks Series, where he will introduce us to the best of international cinema.

When an elderly Yakuza boss decides to disband his gang of mercenaries, a young hitman nicknamed Phoenix (Tetsuya Watari) has nowhere to run. He is completely incapable of enjoying his life when he is not participating in crime or getting into trouble, but fortunately for him, trouble is not far behind. He finds himself pursued by other Yakuza gangs, still thirsty for Phoenix’s blood after he killed several of their members during his life as a hitman.