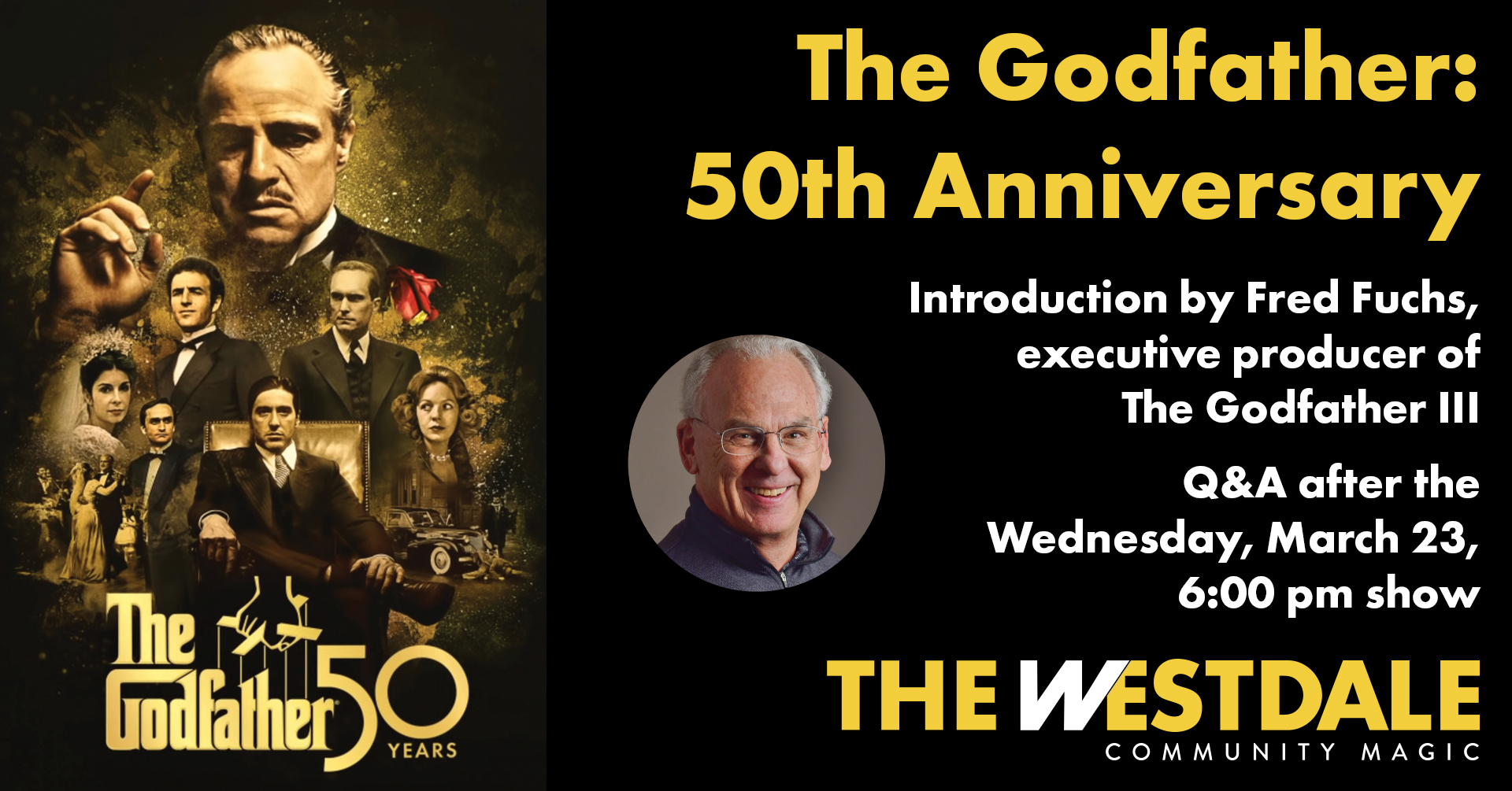 Fred Fuchs, executive producer of The Godfather III, will introduce the film. Please stay after Wednesday, March 23 at 6:00 pm screening for a Film Talk with Fred.

No movie changed Hollywood more than THE GODFATHER. From the bestselling novel by Mario Puzo to box-office blockbuster, its influential legacy endures to this day. Starring Marlon Brando in his Oscar®-winning performance as the patriarch of the Corleone family, this first installment in the three-movie saga paints a dramatic portrait of the Sicilian clan’s rise and near fall from power in America. Balanced between the Corleone’s commitment to family and the ugly crime business in which they are engaged, it features career-making performances by Al Pacino, James Caan, Talia Shire, Diane Keaton and Robert Duvall. This searing and brilliant masterpiece garnered ten Academy Award® nominations, and won three, including Best Picture