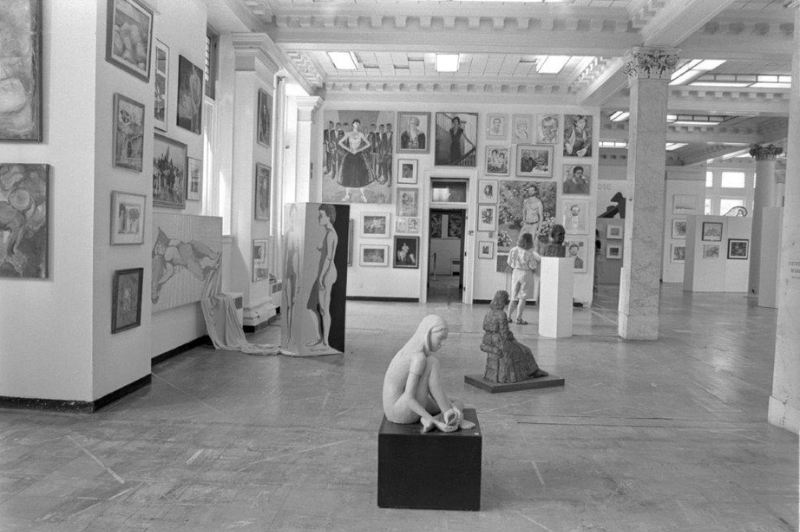 Hamilton’s current vibrancy in the arts owes much to the lives and efforts of those who came before us, and yet this recent history is at risk of being lost or forgotten. This fall, the Art Gallery of Hamilton hosts a celebratory exhibition to recall the artists who contributed to the multi-faceted explosion of the Hamilton art scene in the last half of the 20th century. The exhibition includes an open call that will result in a colossal group salon-style hang in the spirit of previous beloved collective Hamilton exhibitions such as the NOW Show (1986) and the Go Show (1991). The exhibition will also feature thematic explorations of what has made the arts in Hamilton so significant and multidimensional.

Hamilton’s strong sense of community and its ability to come together has been instrumental to the formation of the artistic landscape here. In recognizing our roots in collectivism, the exhibition hopes to deepen connection across generations and build towards Hamilton’s continued cultural growth.

The exhibition is an outgrowth of the Building Cultural Legacies (BCL) project, presented by Hamilton Arts Council in 2019. BCL is a successor of the Climbing the Cold White Peaks project, organized by the Hamilton Artists Inc. in 1986 that chronicled Hamilton’s art scene from 1910-1950.

Guest curated by Alexis Moline in consultation with Bryce Kanbara.

In partnership with Hamilton Arts Council