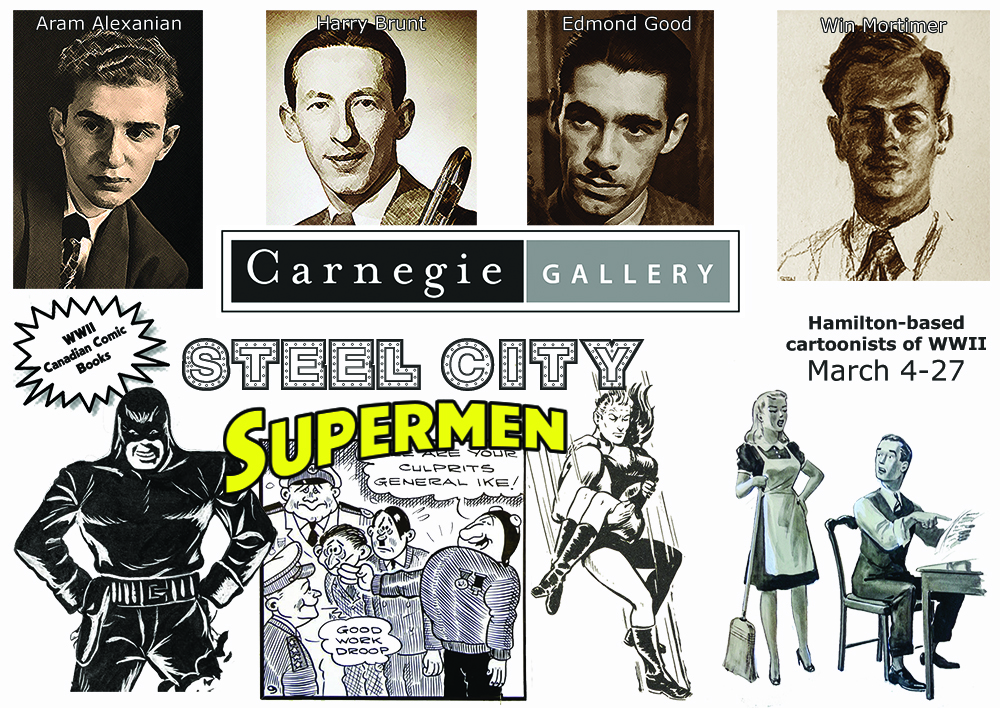 The Carnegie is pleased to showcase this important exhibition of comic book illustration by four Hamilton artists working during the years of World War II. For the brief period between 1941-1946, wartime restrictions prevented the importing of comic books and pulp magazines from the U.S. A handful of Canadian publishers subsequently stepped up and began publishing our very own Canadian comics reflecting the political and societal views in Canada at the time. When the war ended, American comics were allowed back into Canada taking over the market again, and by the end of 1946 the production of new, original Canadian comics stopped and didn’t begin again until a generation later. Artists with work in the exhibition include Aram Alexanian, Harry Brunt, Edmond Good, and James ‘Win’ Mortimer. The exhibition is accompanied by a hardcover book as well as a limited-edition comic book, both available for purchase.