Shadow of a Doubt 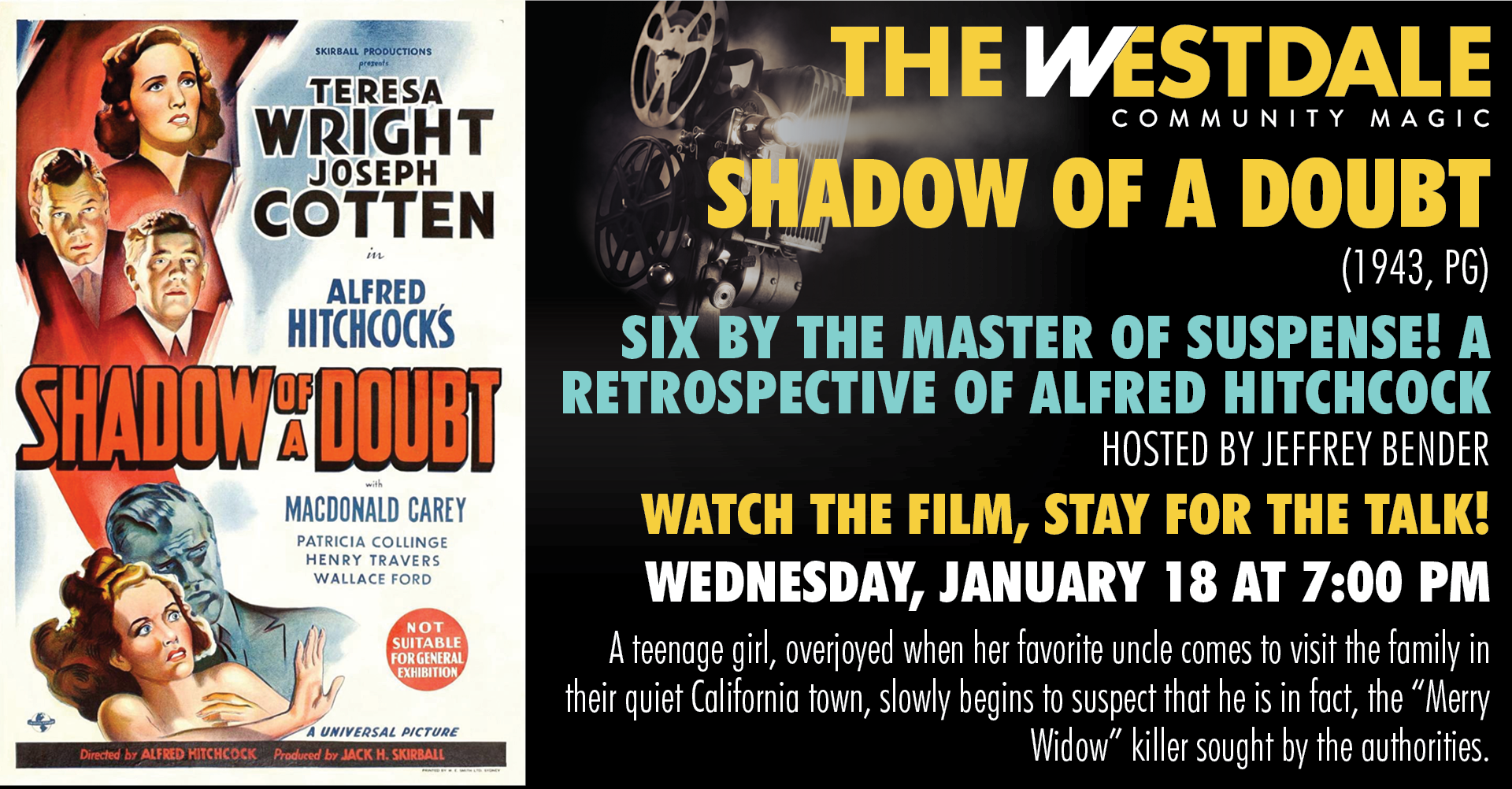 Six by the Master of Suspense! A Retrospective of Alfred Hitchcock

Hitchcock remains one of the twentieth century’s most recognized and successful filmmakers. His career spanned six decades and over fifty films, from early silent cinema to his masterpieces of suspense in Hollywood. Hitchcock’s passion for technical innovation and visual narrative helped shape the development of modern cinema.

Jeffrey Bender has hosted The Hollywood Classics and International Film Clubs as well as the popular World Masterworks Cinema Series at The Westdale.

Charlotte “Charlie” Newton is bored with her quiet life at home with her parents and her younger sister. She wishes something exciting would happen and knows exactly what they need: a visit from her sophisticated and much travelled Uncle Charlie Oakley, her mother’s younger brother.

Imagine her delight when, out of the blue, they receive a telegram from Uncle Charlie announcing that he is coming to visit them for awhile. Charlie Oakley creates quite a stir and charms the ladies’ club, as well as the bank President where his brother-in-law works. Young Charlie begins to notice some odd behavior on his part, such as cutting out a story in the local paper about a man who marries and then murders rich widows. When two strangers appear asking questions about him, she begins to imagine the worst about her dearly beloved Uncle Charlie.