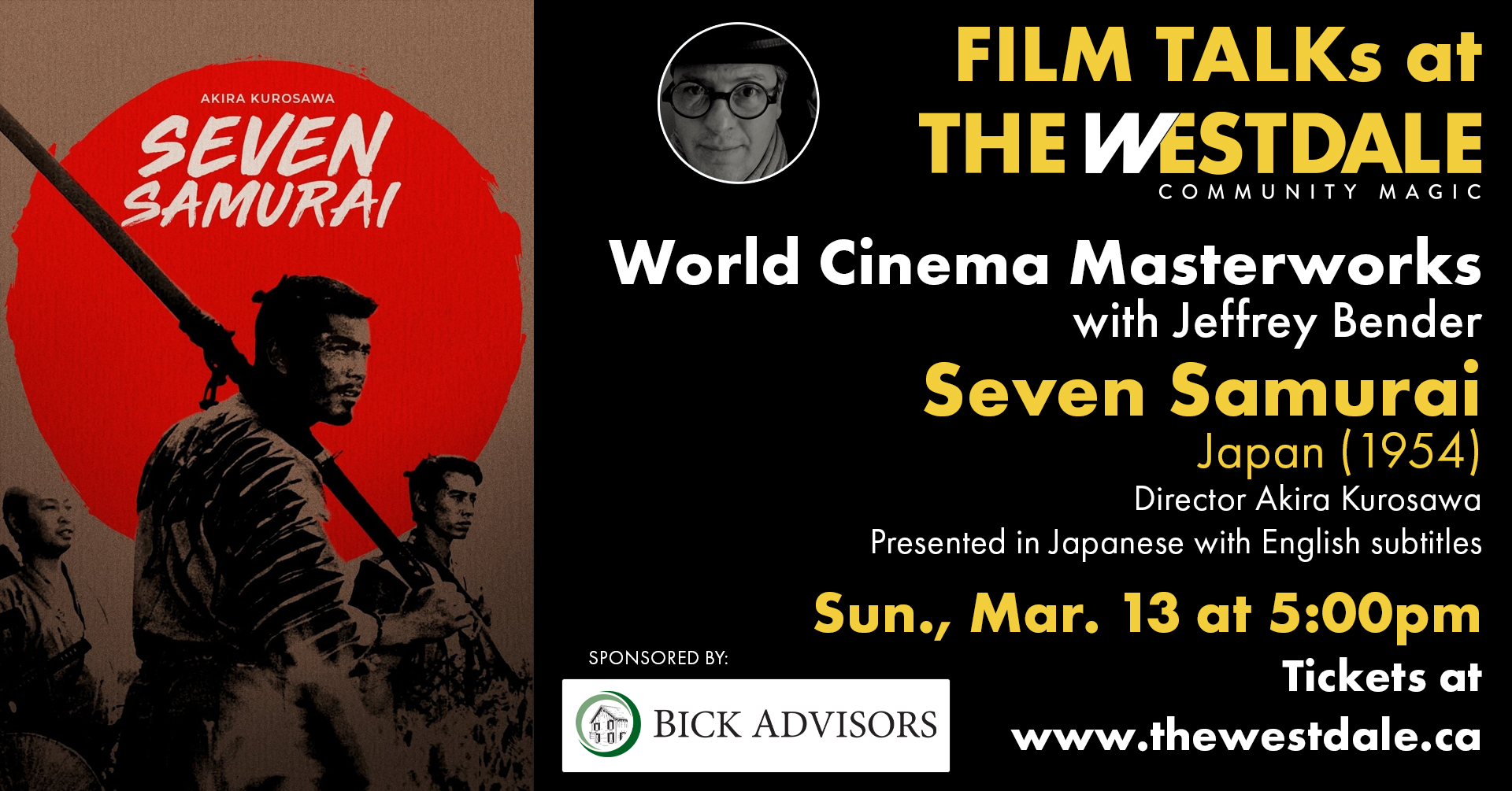 One of the most thrilling movie epics of all time, Seven Samurai tells the story of a sixteenth-century village whose desperate inhabitants hire the eponymous warriors to protect them from invading bandits. This three-hour ride from Akira Kurosawa—featuring legendary actors Toshiro Mifune and Takashi Shimura—seamlessly weaves philosophy and entertainment, delicate human emotions, and relentless action, into a rich, evocative, and unforgettable tale of courage and hope.

Watch the Film Stay for the talk with Jeffrey Bender.