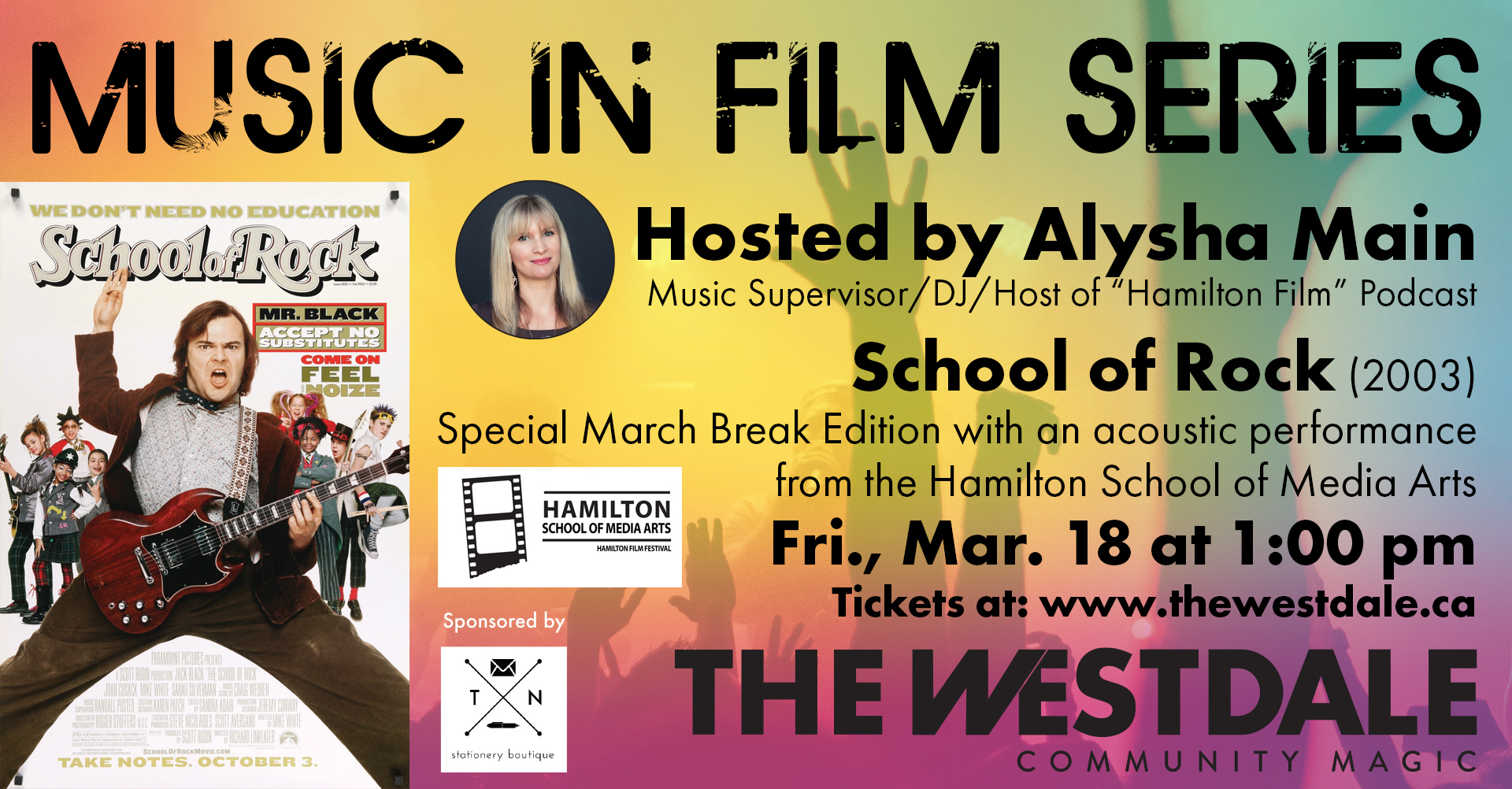 After being kicked out of his rock band, Dewey Finn (Jack Black), tricks his way into becoming a fifth-grade a substitute teacher at a private school. Dewey secretly begins teaching his students the finer points of rock ’n’ roll, preparing them for an epic Battle of the Bands performance while trying to avoid the suspicions of the uptight principal and his roommate.

Stay after the movie for a Film Talk with Alysha Main