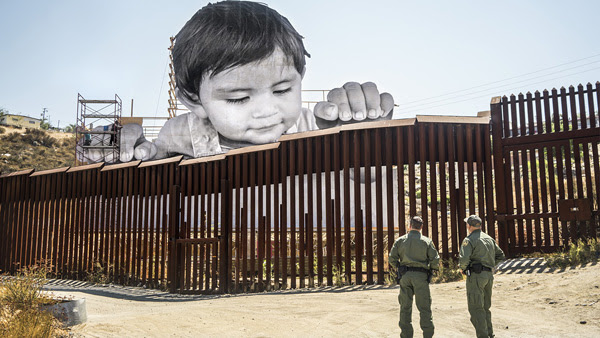 Art As Resistance: ReFrame Film Festival announces full lineup of docs
ReFrame Film Festival, one of Ontario’s best-kept secrets in documentary film, will be streaming online across Canada January 27 – February 4, 2022. The social justice documentary festival is bigger than ever, with over 70 films available on-demand for nine days. The full slate of films, and an exciting program of interviews and panel discussions has just been announced.

Focusing on the significant role of art within resistance movements, our program features award-winning and inspiring films. A Night of Knowing Nothing—winner of the Golden Eye award for best documentary at this year’s Cannes Film Festival—explores the university student protest movement in India through archival footage and letters whispered between lovers. Paper & Glue follows prolific artist JR who creates genre-blending combinations of public art, photography and large format spectacle to draw attention to human rights issues.

A Night of Knowing Nothing, Payal Kapadia

Other films like Crutch about disability activist and dancer Bill Shannon, The Story Won’t Die about remarkable exiled Syrian artist-refugees, and Streetgang: How We Got to Sesame Street about the artists and educators who created the most impactful children’s series in TV history, highlight how art and culture can be invaluable on a personal level, as well as how it functions to produce social change.

ReFrame films also highlights women and queer artists who changed the game in their fields: Fanny: The Right to Rock about the near-forgotten feminist Filipina American rock band that broke down barriers in terms of gender, race and sexuality in the 60’s, Sisters with Transistors about electronic music’s female pioneers, and the fascinating history of queer comicbook artists in No Straight Lines. Don’t miss the chance to learn about the amazing figures who carved out their own spaces and unique forms of expression within historically male-dominated artistic spheres.

Documentaries that push the boundaries of the genre are also showcased at the festival. The shorts program, ‘Experiments in Conversations’ features a collection of short experimental films that create bridges across family members, animal species, time, and artistic forms. Highlights include John Greyson’s Teddy award-winning film International Dawn Chorus Day where birds from six continents join an online video call to talk about Egyptian queer activist Sarah Hegazi, famously incarcerated for flying a rainbow flag at a Cairo concert and Love, Dad – Diana Cam Van Nguyen’s raw merger of form-bending animation and heart-rending memoir which was featured at the 2021 Toronto International Film Festival.

The widely diverse ReFrame program also speaks to pressing issues of environmental activism and climate change, food justice, refugee stories, Indigenous sovereignty, and the importance of a free press. Most films will be available with Closed Captions.