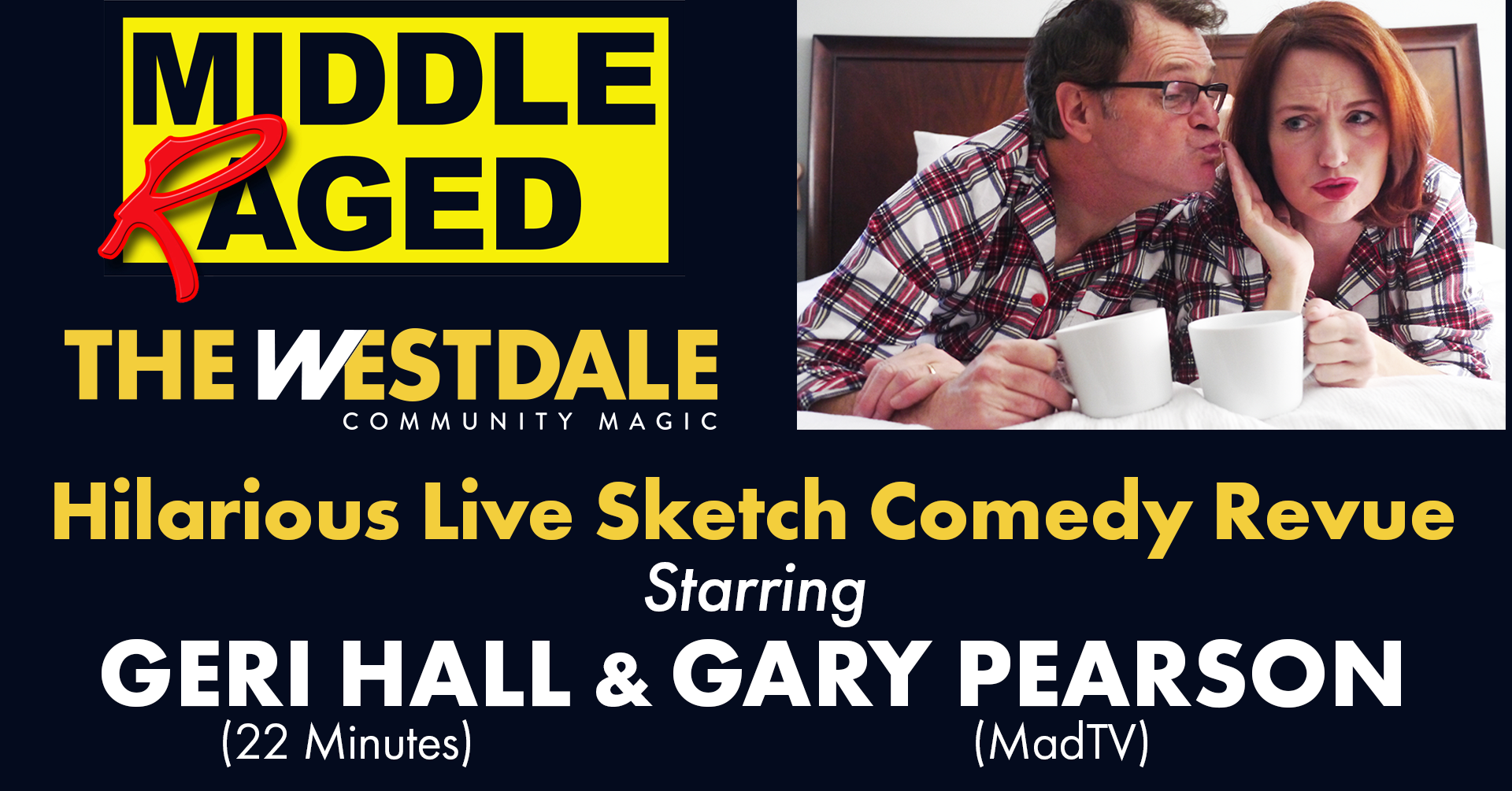 Middle Raged is a hilarious sketch comedy show that explores the ridiculous nature of life from 30 to 65, when the bloom is off the rose, but the thorns are sharper than ever. The humour comes from relatable situations and challenges- from the struggle to write your will, to the ongoing effort to keep things spicy in the bedroom (Outlander role play anyone?). It explores child-rearing in confusing modern times, financial struggles, trying to keep your spirits up despite attending too many funerals. Ah, the joys of middle age. Middle Raged has been performed for sold-out audiences in Toronto, Hamilton, Oakville, and Edmonton.

The show stars Gemini Award winner Geri Hall, best known for her 5 years on CBC’s This Hour Has 22 Minutes (CBC), and the new Astrid and Lily Save the World (CTV Sci Fi and Crave),as well as many performances on shows like Little Mosque on the Prairie (CBC), The Jane Show (Global), The Mercer Report (CBC), The Ron James Show (CBC) and movies like Shall We Dance, Full Circle and Little Italy. Gary Pearson is best known as a writer for MadTV (Fox), 22 Minutes (CBC), Corner Gas (CTV), That’s So Weird (YTV) and Sunnyside (CityTV). Both have a history with the mainstage Toronto company of The Second City. They have won Geminis, Canadian Screen Awards, Canadian Comedy Awards and Writer’s Guild Awards.