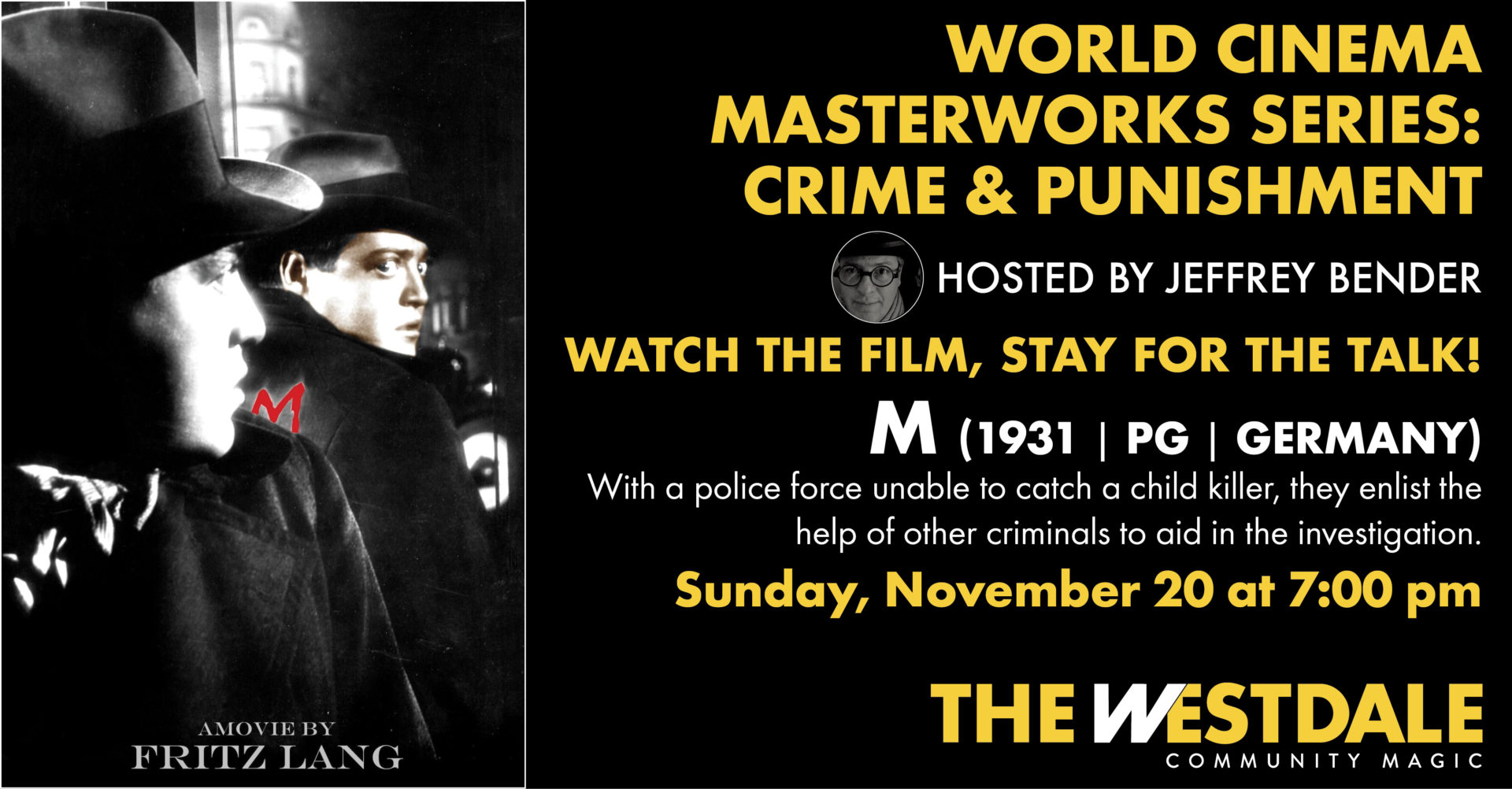 Part of our World Masterworks: Crime and Punishment Series!

Jeffrey Bender will be your guide as he takes you worldwide to the seedy underbelly of international cinema and a rogues’ gallery of murderers, thieves, gangsters, and unruly mobs!

Jeffrey Bender has hosted The Hollywood Classics and International Film Clubs at The Westdale. He returns to our theatre to continue the World Masterworks Series, where he will introduce us to the best of international cinema.

Awards: Won the National Board of Review Award for Best Foreign Film

The city of Berlin, Germany, lives in a shadow of constant fear after a string of child abductions and killings. The police are having a hard time catching the culprit, and the only pieces of evidence they have are handwritten notes that the killer sent to the police himself. With a large amount of possible leads, and even more dead ends, the Berlin police force decides to enlist the help of Berlin’s most notorious criminals to aid in the investigation, and bring the killing spree to a stop, once and for all.