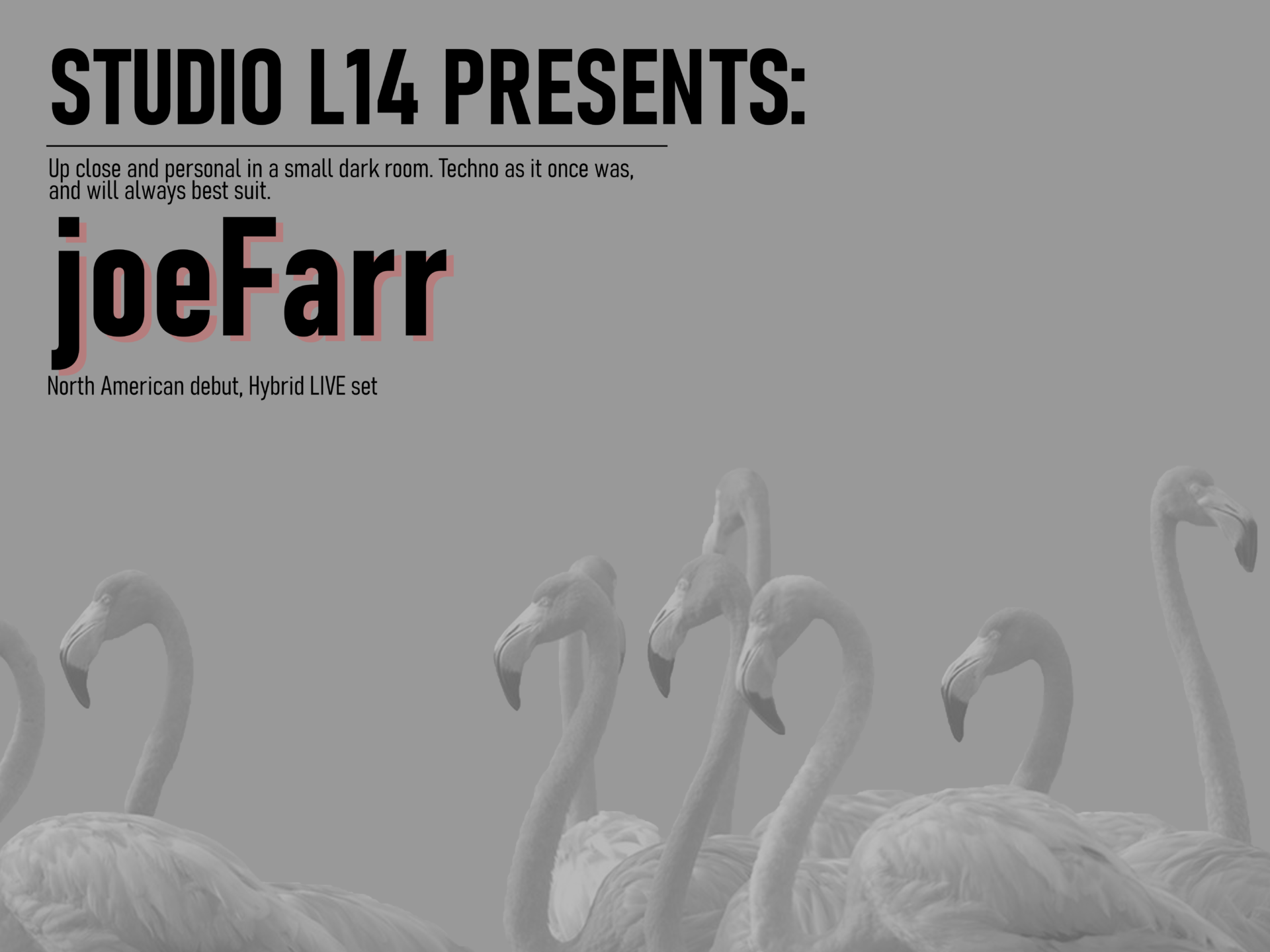 Another evening of TECHNO in Hamilton, On. Another international artist debut. This time Studio L14 welcomes joeFarr.

When I found Joe's first vinyl release on Turbo from Montreal I bought it instantly and began to follow hoping for more. Over a decade later and I have 57 of his EPs, compilation appearances, and remixes to enjoy. I've also been fortunate enough to release an EP of his on my label and he was naturally one of the artists to appear on my massive 4x12" Bleep Radio box set.

Now it's time for Joe to come to Hamilton.

Studio L14 is the best and friendliest place in town to hear Techno from worldwide guests. Long time Techno/Electronic enthusiasts and new-comers alike are welcomed.

Become a supporter of Studio L14 Hamilton by pledging a $10 monthly donation on our Patreon!
https://www.patreon.com/studiol14