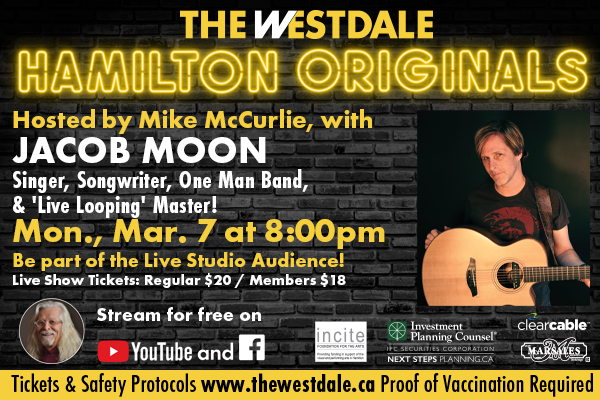 Jacob Moon… You’ve probably heard the name, since for the last few decades, Jacob’s been a singer/songwriter on the local scene. His music has also taken him around the world, garnering a number of awards and praises from Gordon Lightfoot to Ron Sexsmith to Rush.

More than just a songwriter, you’ll marvel at Jacob’s skill in the art of ‘looping’, a live recording process that allows him to layer sound upon sound, producing an amazing palette of fresh musical colours … all done live while playing solo! You’ll learn how it all works as he plays songs from his brand new album, to be released March 2022.