Elvis: That's The Way It Is 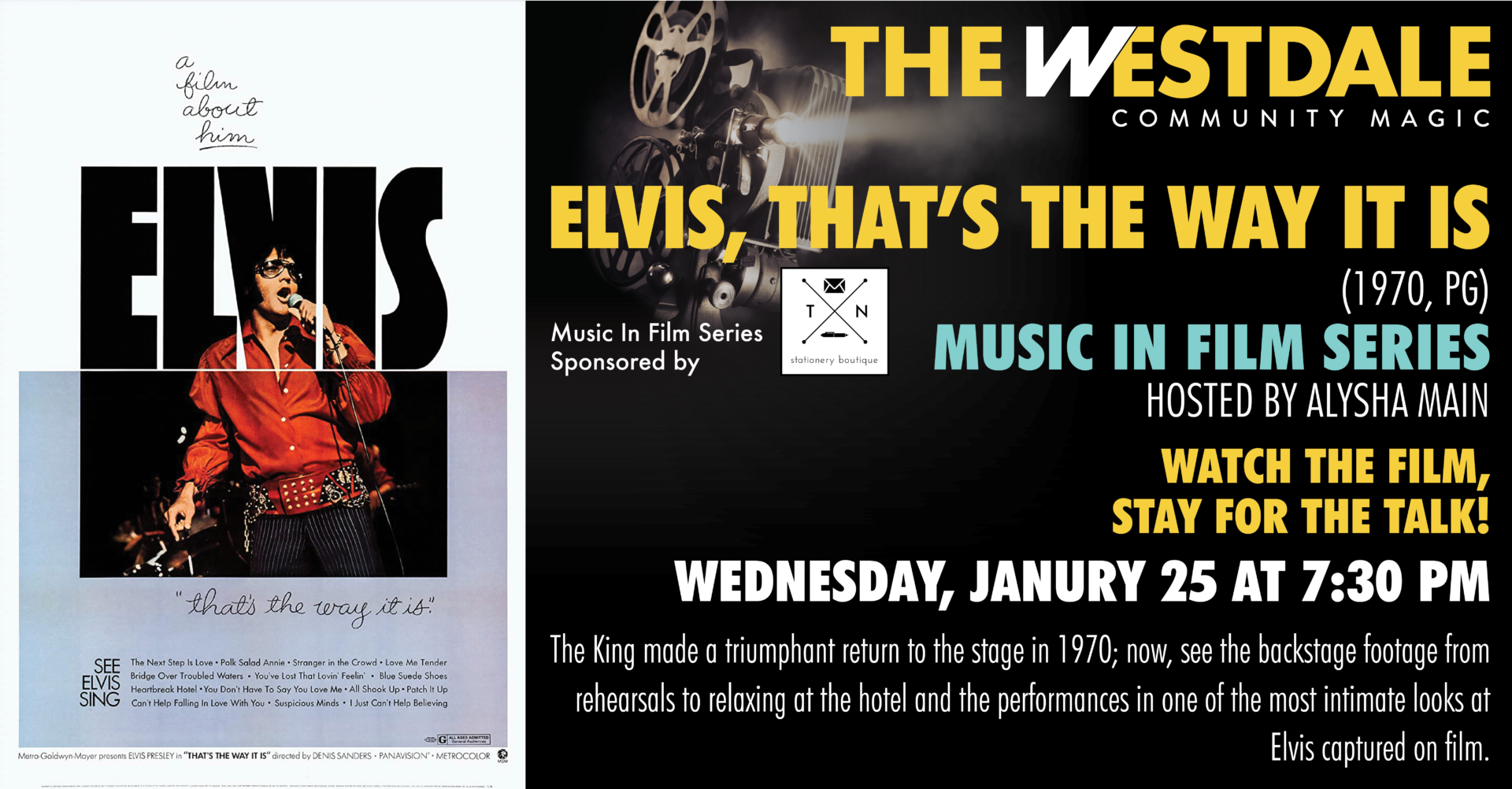 Part of our Music in Film Series with Alysha Main

Immerse yourself in a big-screen audio-visual experience with the greatest moments in music ever captured on film. This season, host Alysha Main will take the audience on a journey through the making of music documentaries, concert films, and movies with iconic soundtracks. A live performance by a musical guest accompanies each screening.

Anthony Joseph is 29 years old and from Hamilton, Ontario. A 20 year veteran of the Elvis Tribute world, he prides himself in the authentic recreations of Elvis’ concert years, although able to cover all eras. Anthony is an award winning Elvis Tribute Artist in both Canada and The U.S. and was one of the top 29 Elvis’ in the Ultimate Elvis Tribute Artist contest in Memphis in 2013. A graduate of McMaster, Anthony also has his degree in music, aiding in his tribute.

Alysha Main is a Music Supervisor, Event Manager, DJ, and Podcaster who has worked in the entertainment industry for 20 years. Her career has taken her to Toronto, London, and Melbourne, working in Artist Management, Event Promotion, Sales, and Marketing. She is the creator and host of the Hamilton Film podcast, documenting the local film industry, and the co-founder of The Hamilton Ladies of Film & TV. In 2017 she shifted her focus to Music Supervision, studying at Berklee College of Music and working on film and TV projects in Canada and the USA. In 2022 she joined the team at the historic Westdale Theatre as Venue & Events Manager.

In this 2001 re-edited version of the 1970 concert documentary, Elvis Presley’s first non-fiction film, Elvis returns from thirteen years of concentrating on movie roles to perform his “Summer Festival” run of shows in Las Vegas. As the film opens, Elvis is rehearsing a new ensemble, the TCB (Taking Care of Business) Band. The film follows Presley through rehearsals, relaxation and performance and looks at the fan culture surrounding the shows.