Delve into Docs Reunion of Giants 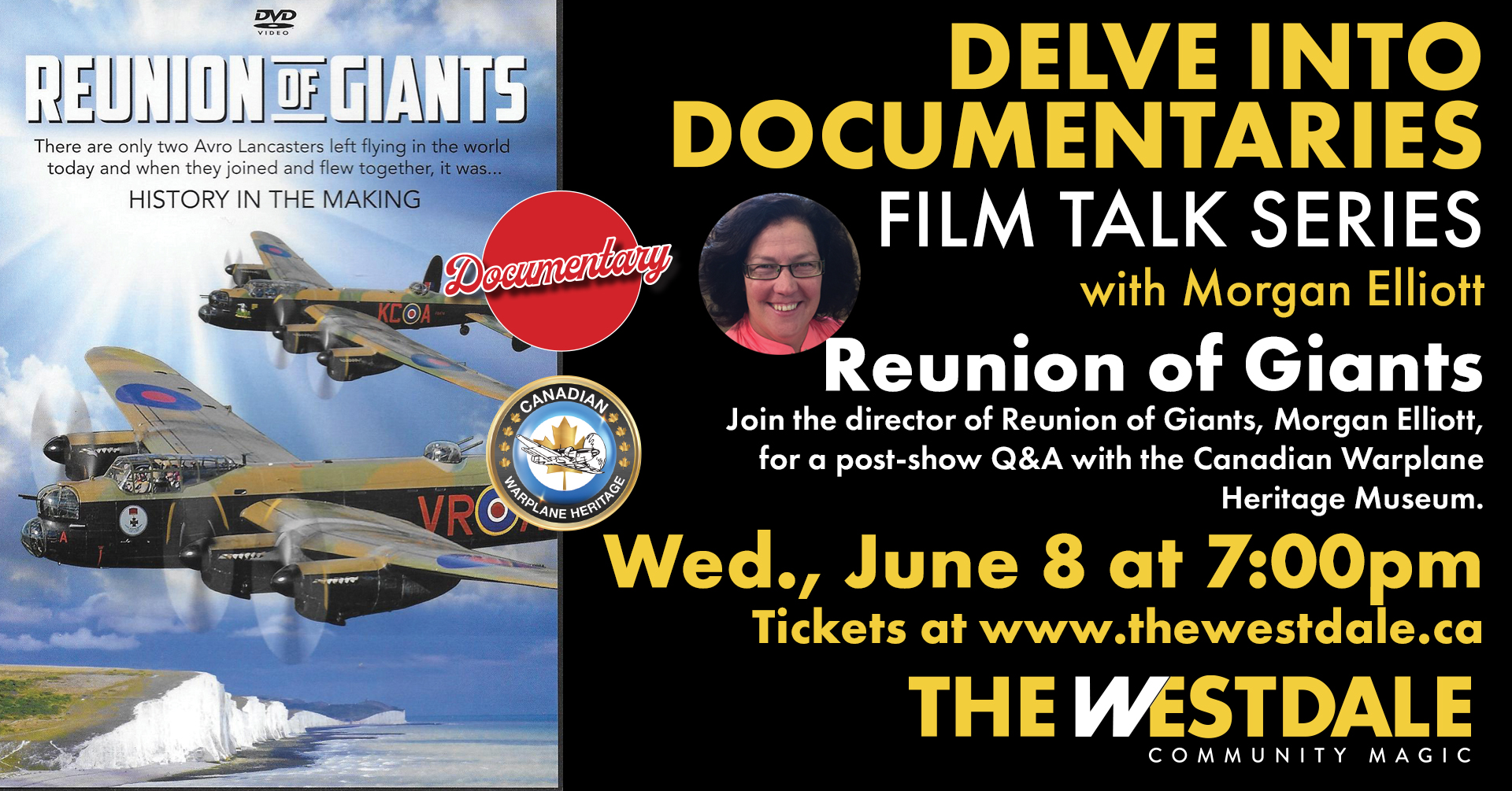 Join the director of Reunion of Giants, Morgan Elliott, after the documentary, for a Film Talk and Q&A with the Canadian Warplane Heritage Museum.

The last two airworthy WWII Lancaster Bombers reunited over England to make history in 2014. A war relic from Canada crossed the Atlantic to meet her counterpart in the UK and for the first time in 50 years two Lancasters shared the sky for a reunion tour.

The Canadian Warplane Heritage Museum Lancaster, VeRA, flew from Hamilton, Ontario to meet her British counterpart, Thumper—the only other airworthy Lancaster in the world—operated by the Royal Air Force in England. It was a mission unlike any other this Lancaster and her flight crew had ever undertaken.

Two legendary bombers, separated by time and distance, met in Bomber County to fly together, this time in peace. The reunion was also a farewell tour to veterans of Bomber Command, who are so entwined in their proud history. These marvels of mechanical engineering are part of a proud lineage credited with bringing an end to WWII.

First-hand accounts from those who were connected to the bomber during the war transport us back in time as they share what it was like during the Lancaster’s glory days. REUNION OF GIANTS documents this historic mission as it unfolds, through the eyes of the flight crews and veterans—all part of the bombers’ history, including this new chapter as VeRA crosses the Atlantic.