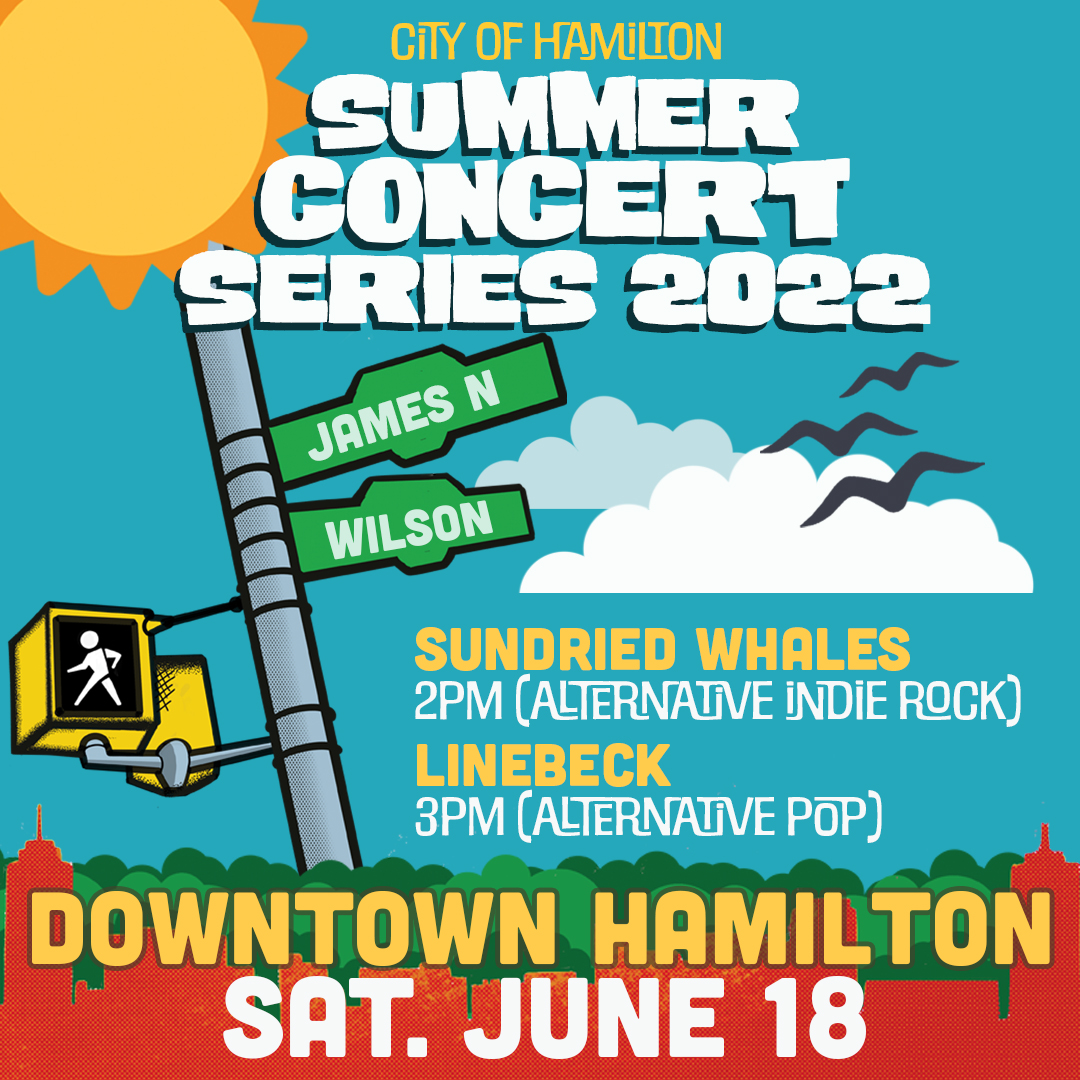 The City of Hamilton is proud to present a new program this summer that will help bring live music back to our streets and public spaces. The Summer Concert Series features 10 free outdoor concerts with each concert hosted in a different location throughout the city.

On Saturday June 18 from 2:00pm to 4:00pm join us for the second concert in the series taking place outdoors at the corner of James St N and Wilson St. The concert features performances by local bands Sundried Whales and Linebeck.

2:00pm Sundried Whales
Sundried Whales is an alternative band based in Hamilton, Ontario formed by Emman Alavata and Cache Kadlec-Smith. Originally starting out as a lo-fi project, the band progressed in their sound by taking influence from alternative acts such as Pavement, Jeff Rosenstock, and PUP. www.instagram.com/sundriedwhales
3:00pm Linebeck
Linebeck is a Hamilton-based indie, dream-pop band that formed one month before the world stopped. Although it would have been easy to call it a day, Linebeck decided that they had something too magical to give up. Once described as a "dreamy version of Linkin Park", Linebeck aims to find the push-and-pull between happy vivacity & nostalgic melancholy. Sonically, Linebeck draws inspiration from shoegaze and dreampop, while melodically leaning on pop-driven motifs. Strongly influenced by songwriting geniuses Lennon-McCartney and pop powerhouse Max Martin, Linebeck’s songwriting is full of intention but not lacking in honesty. https://linktr.ee/LinebeckBand
While in the neighbourhood enjoying the music, make sure to explore the unique shops and restaurants in the are. This concert is presented in partnership with the Downtown Hamilton BIA for 'Shop Downtown on Record Store Day'.

Bring your own chair. Rain or Shine.