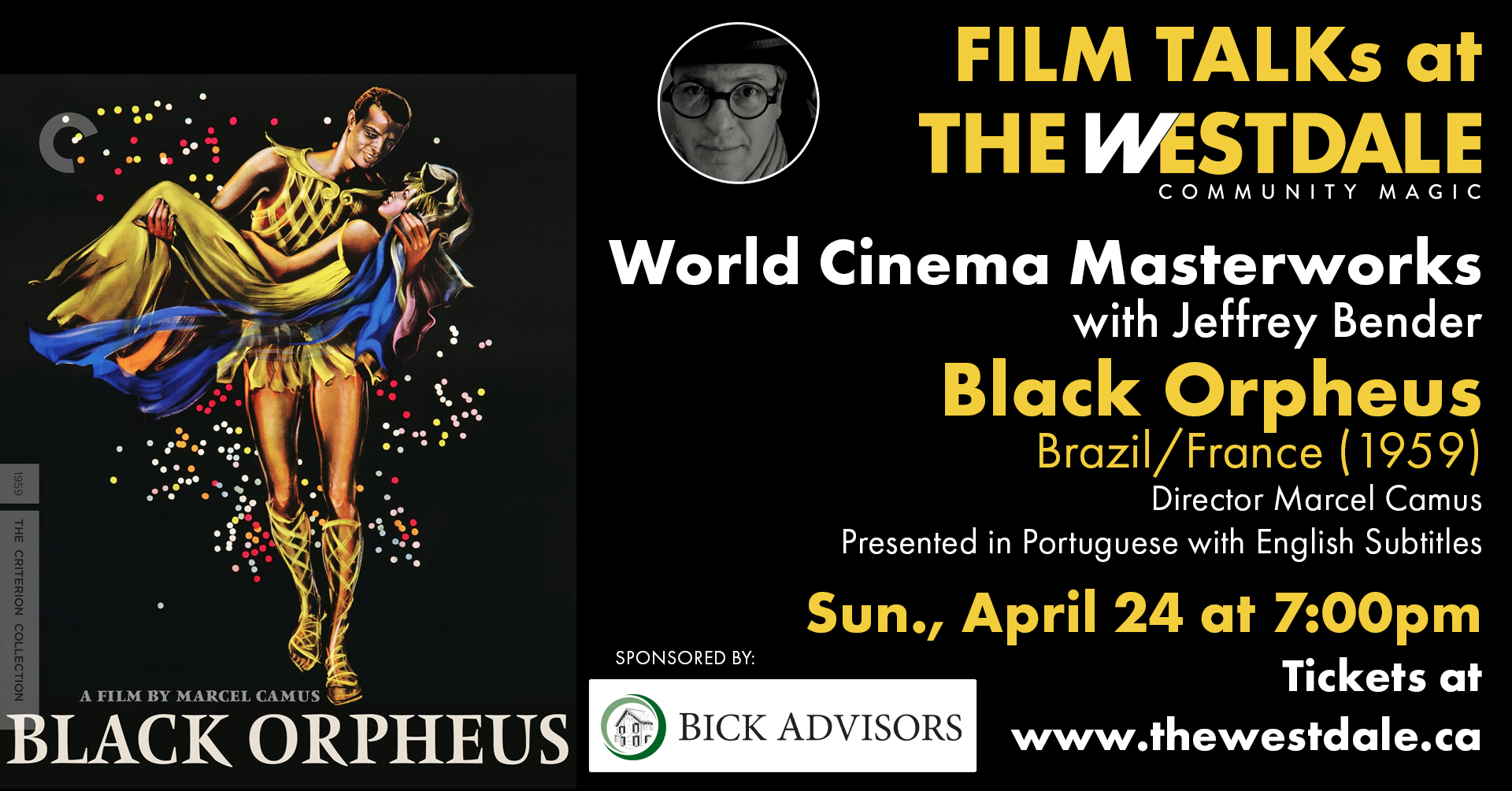 Winner of both the Academy Award for best foreign-language film and the Cannes Film Festival’s Palme d’Or, Marcel Camus’ Black Orpheus brings the ancient Greek myth of Orpheus and Eurydice to the twentieth-century madness of Carnival in Rio de Janeiro. With its eye-popping photography and ravishing, epochal soundtrack, Black Orpheus was an international cultural event, and it kicked off the bossa nova craze that set hi-fis across America spinning.

Stay after the film for a Film Talk with Jeffrey Bender.