We're a group of neighbours in downtown Hamilton who like to crochet and light things up. It all started with Hamilton's first 100in1 Day in 2015 when we lit up the Escarpment Rail Trail between Wentworth Street and Corktown Park. Since then we've lit up the Claremont Access, the old Target store on Barton, the Ferguson/Young rail bridge, and the Carter Park Gazebo. (Parks are like pubs, and Carter Park is our local.) We've also decorated the construction hoarding at Gore Park, crocheted a logo for Hope 56 Films, and lit up the architectural elements of the Cotton Factory. 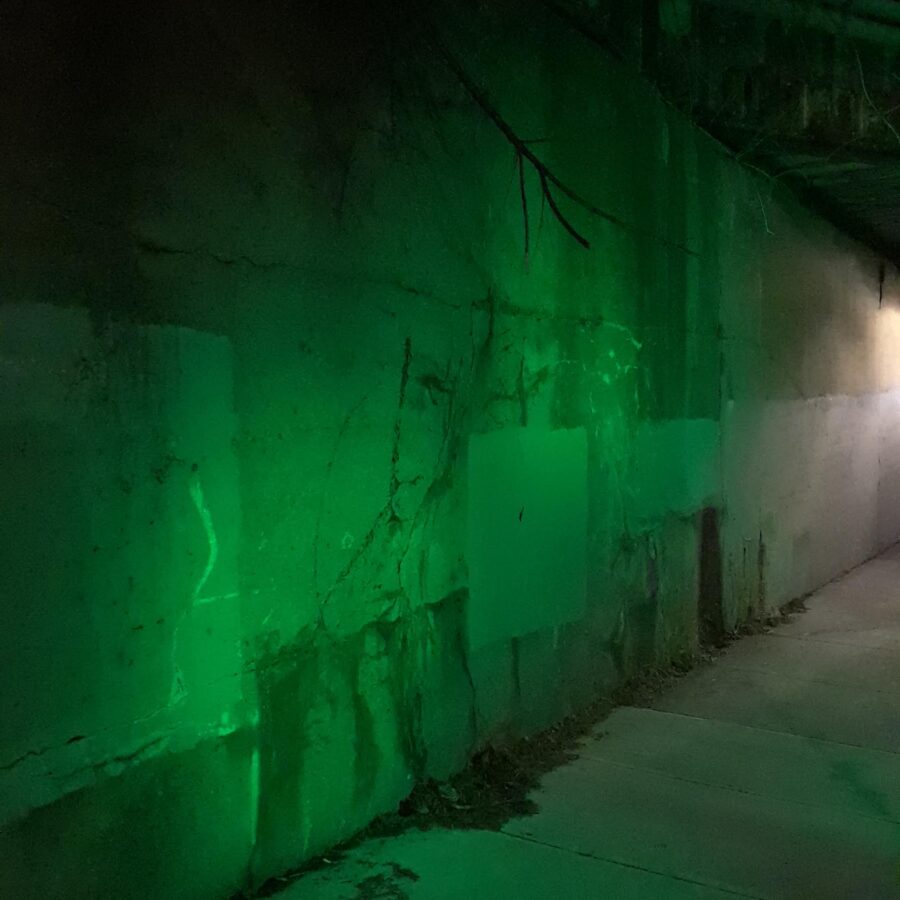 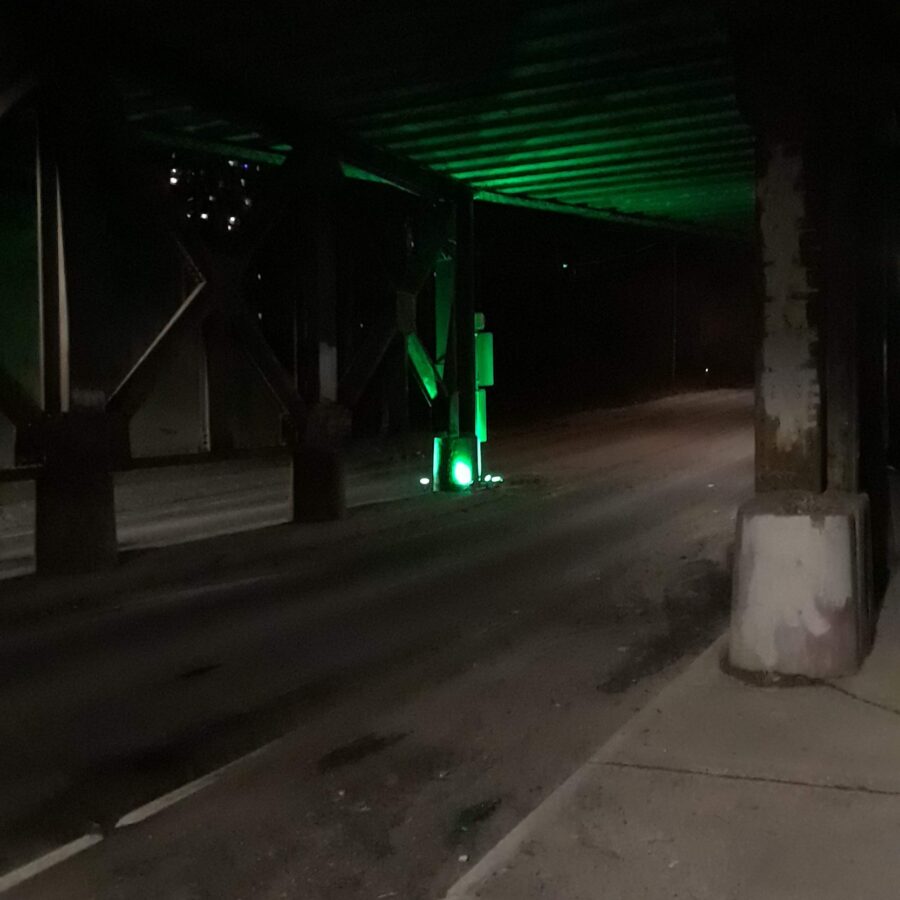 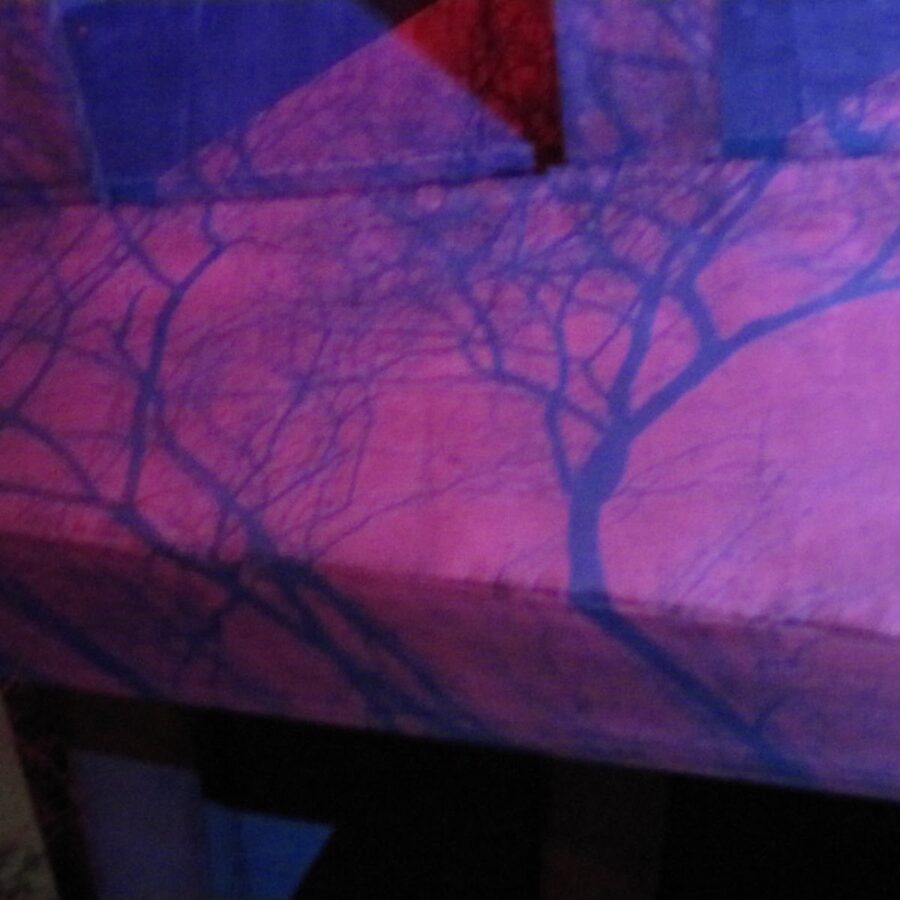 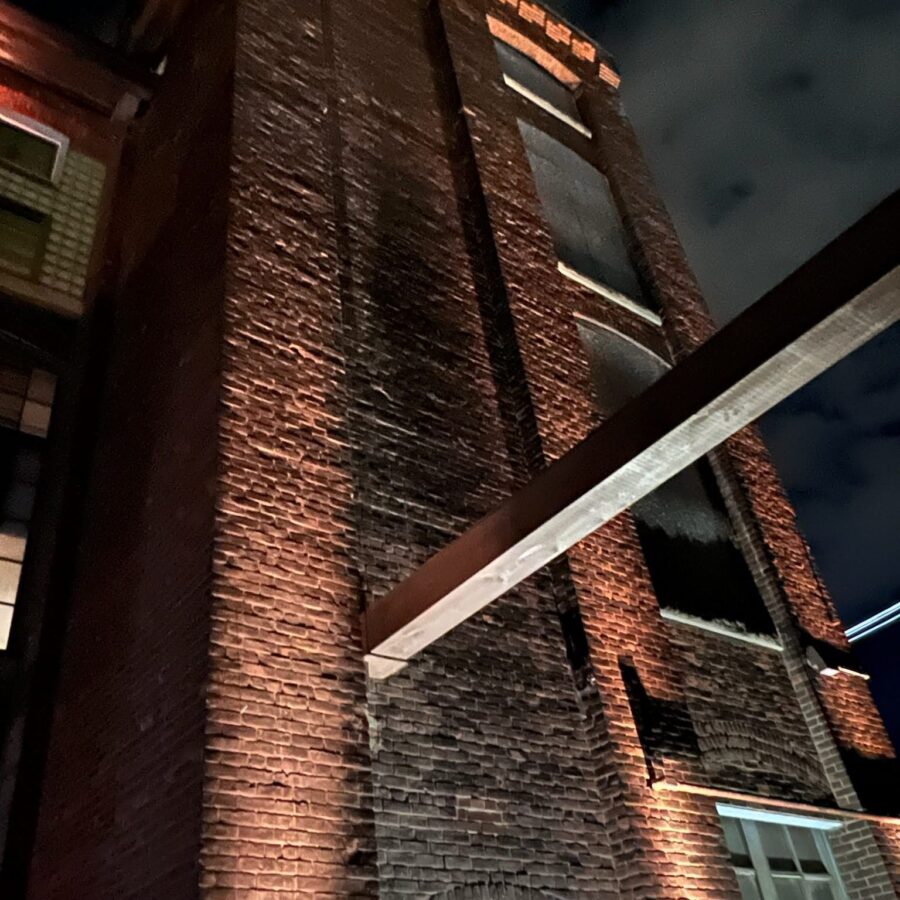 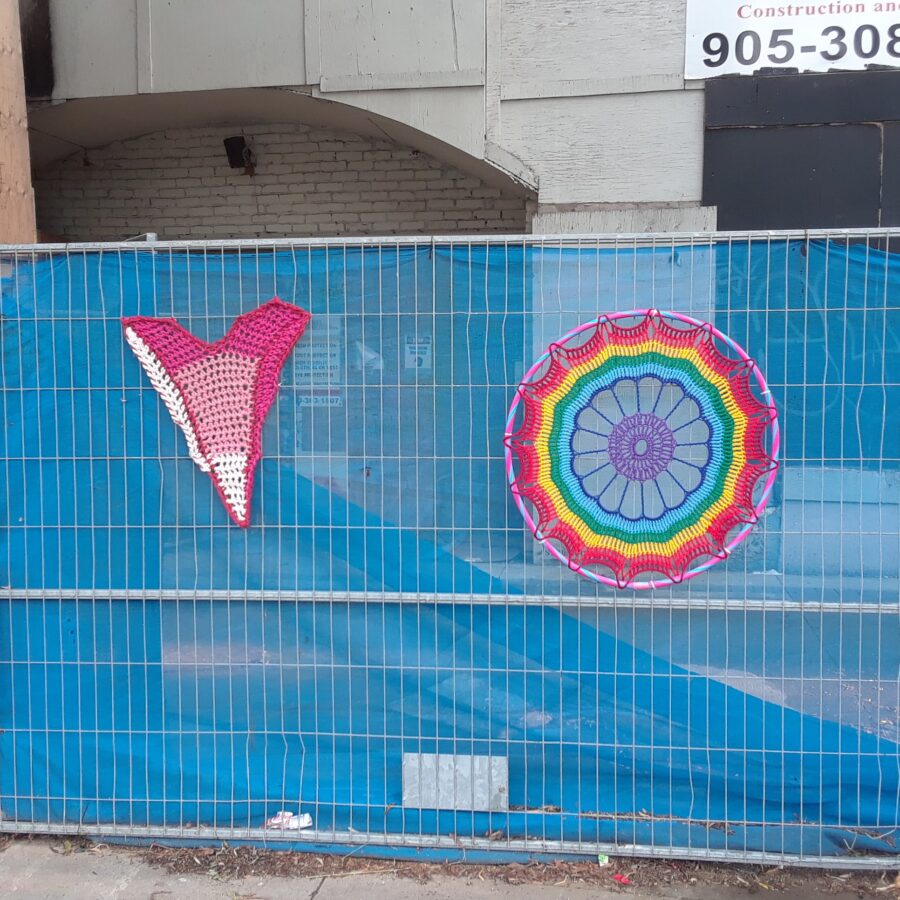 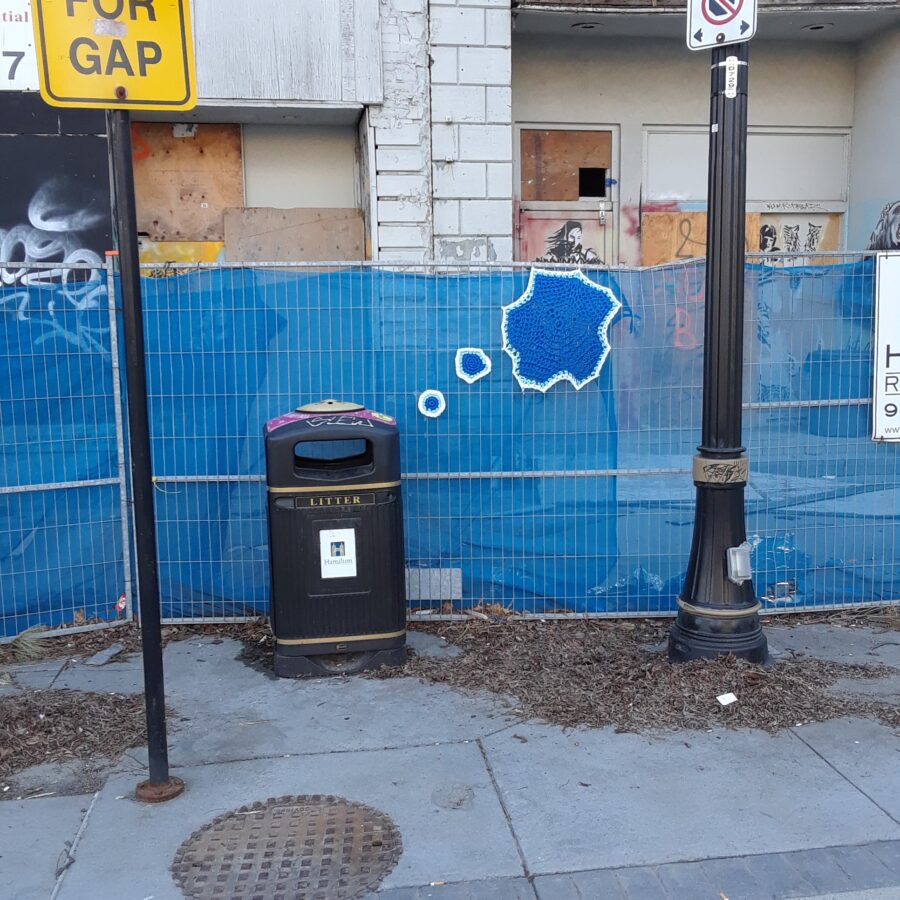