Ojistoh Publishing is a very small independent Indigenous owned publishing label. Started in May 2020 on the Six Nations territory of the Grand River, the new label promotes itself with the tagline “Indigenous Publishing, Indigenous People.” Ojistoh, is a Mohawk word translating to “white star” or “shiny star” and is also the title of a poem written by Mohawk poetess E. Pauline Johnson included in her White Wampum  collection. Ojistoh released its first book, Ego of a Nation in the spring of 2020 which is a self-produced collection of poems by owner Janet Rogers. This is Janet’s 7th published collection and was published through her label as a way to introduce the new publishing house publicly which proved to be a great success considering the challenging times globally. Ojistoh Publishing will release their next title “Memory Keeper”, a collection of short memoirs by Dawn Cheryl Hill in September 2021. 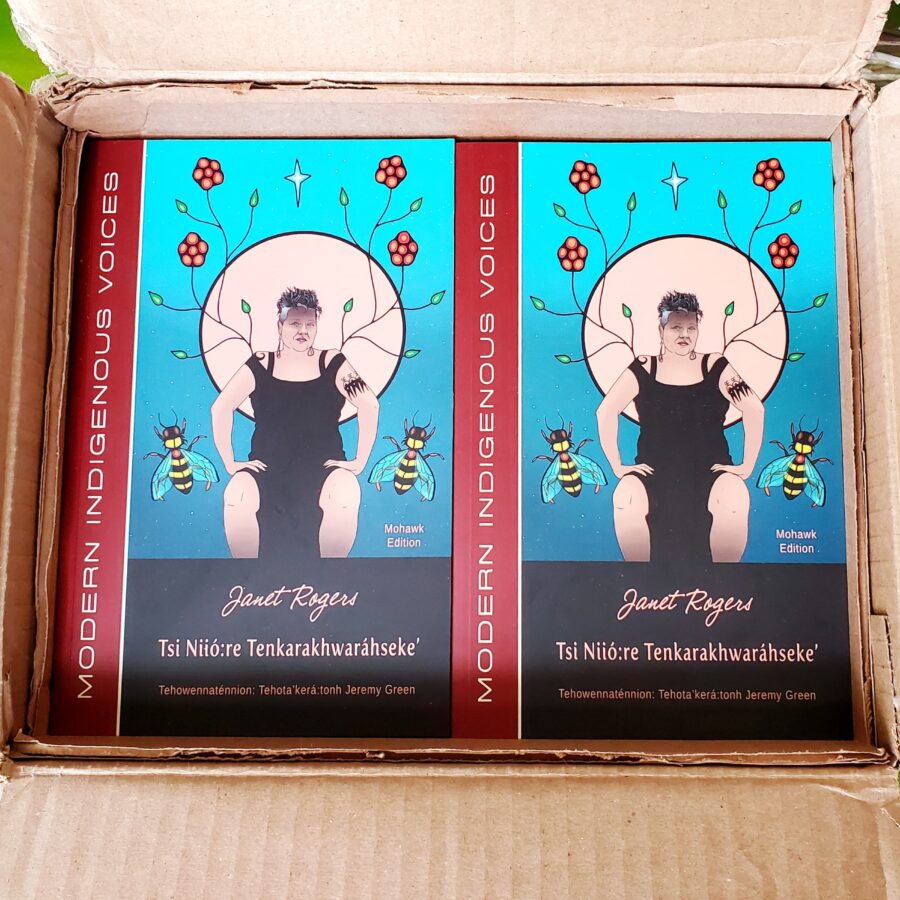