Born and raised in Hamilton, Kathryn Heaney became a teacher. She met her husband at Queens University in the Faculty of Education and upon graduation, they left to teach in northern B.C. in the small town of Chetwynd. While out west, her first daughter, Laura, was born. Eventually, the family made it back to Ontario when her husband got a job at Rosseau Lake College. A year later, they moved to Pickering ON. Her second daughter, Diana, was born in Hamilton because Kathryn and her husband came to see Laura who was staying with Grandma and Grandpa - needless to say, they never made it back to Pickering for the birth! They lived for 20 years in Pickering and it was here that the first draft of the Anandrian Series was born. Diana (who was in grade one) could not get to sleep one night, so Kathryn told her a story off the top of her head about Diana and a dragon. Kathryn typed it up, and Diana waved it under her big sister's nose. Naturally, Laura wanted a story. She was in grade 5, so Kathryn wrote a chapter book entitled Framework for a Fantasy, where Laura painted a picture and is pulled through the frame into Anandria. Diana wanted into the story, so a second chapter book was written where Diana became Laura's child.

Twenty years later, Kathryn left teaching and moved back to Hamilton and started working for the Hamilton Public Library. A co-worker of Kathryn's read the original stories and thought they could be the basis for an adult series. Kathryn agreed and the conversion began. Many people read along as she began the re-write and gave her suggestions (which created new twists and a few new characters). Eventually, the story took on a life of its own and there are currently 4 books in the series. Book 5 will be the last book and is Kathryn's latest work in progress. 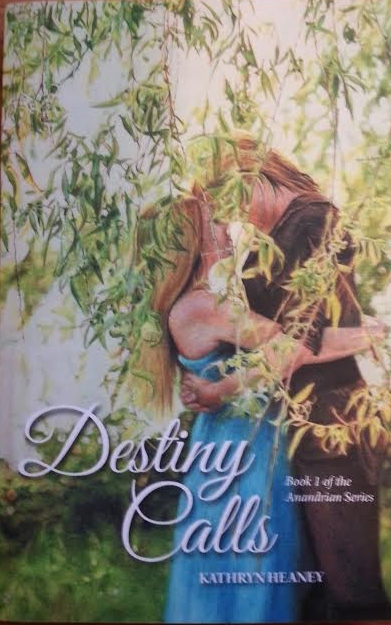