Gunter Ott is a Writer/Editor, Musician and Photographer. His band, The Gunter Ott Blues Band, performs regularly at various Hamilton area venues, especially the Hamilton Public Library Noon Hour Concert series. To book the band for your next event, festival or House Concert, contact Gunter at (905) 5440081.

Based in Hamilton, Ontario since 2008, The Gunter Ott Blues Band plays rootsy blues and rockabilly/roots rock that’s tasteful, audience friendly and tugs at the emotions. The band offers up a laid back and joyful mix of blues and roots rock‘n’roll, that blends the muddy waters of the Mississippi delta country with hardscrabble Hamilton grit to create an evocative retro sound that presents the beauty, poetry and joy of traditional blues to a new generation.

The band consists of:

The band has performed at Hamilton area venues such as The Spotted Pig, The Pearl Company, The Blue Angel, R-Place, Homestead Bar & Grill, Mex-I-Can Restaurant, Rebel’s Rock, The Germania Club, Jackson Square, and This Ain’t Hollywood.

The band was a feature act at the Artopia Fundraiser in June 2009 and performed at the Arts Appreciation banquet for James Street North merchants and artists, the Gore Park Summer Promenade, Barton Street Festival, the monthly James Street North Art Crawl and private, corporate and public affairs including the Hamilton Emergency Preparedness Day, weddings, House Parties and Gallery openings.

They were the house band for a weekly stint called “Bluesy Tuesdays” at the Artword Artbar, and have performed at four Roots ‘n’ Blues Festivals at The Corktown and Boon’s House of Blues. They perform regularly as part of the Hamilton Public Library’s Noon Hour concert series.

Band leader Gunter Ott plays rhythm/lead guitar and handles lead vocals. He previously led the Toronto-based blues groups – The Govonca Band, Mojo Hand  and Tight Like That - before returning to Hamilton to form The Gunter Ott Blues Band in November, 2008 to play Roots, Blues and Rockabilly in a more  laidback, intimate ensemble. Gunter enjoys introducing audiences to the rich cultural background and beauty of the older blues and blues-based roots music that will get people up and dancing.

In his spare time, Gunter is also a writer of short stories and longer fiction, including  film novelizations, and a freelance photographer.

Bassist/Vocalist Ian Linton is a Hamilton veteran of numerous Blues and Rock ‘n’ Roll Bands. Starting at the age of 19, Ian has played in Aladnam, The Breeze, and many other groups. Most recently he performed in Eddie’s Club Blues with Ronnie Copple and a Hot Tuna tribute duet with Joey Ace.

Ian Linton is a gifted Electric, Fretless and Acoustic Bassist and Vocalist with a solid groove honed in the Hammer since the mid 1960s. He has developed a fine appreciation for the blues and rock genres throughout his career.

Sam De Rosa is a well-known and versatile harmonica player whose powerful solos have energized numerous bands and jams in the Hamilton area for many years and in just about every possible venue. He is an irrepressible harp hound who will play anywhere, anytime just to get the music throbbing into people’s hearts and heads.

Paul Lattanzi has sat in on drums with many Hamilton groups. He brings a light touch and strong rhythmic beat to the band’s driving mix of blues and soul, which always meets with enthusiastic audience approval. 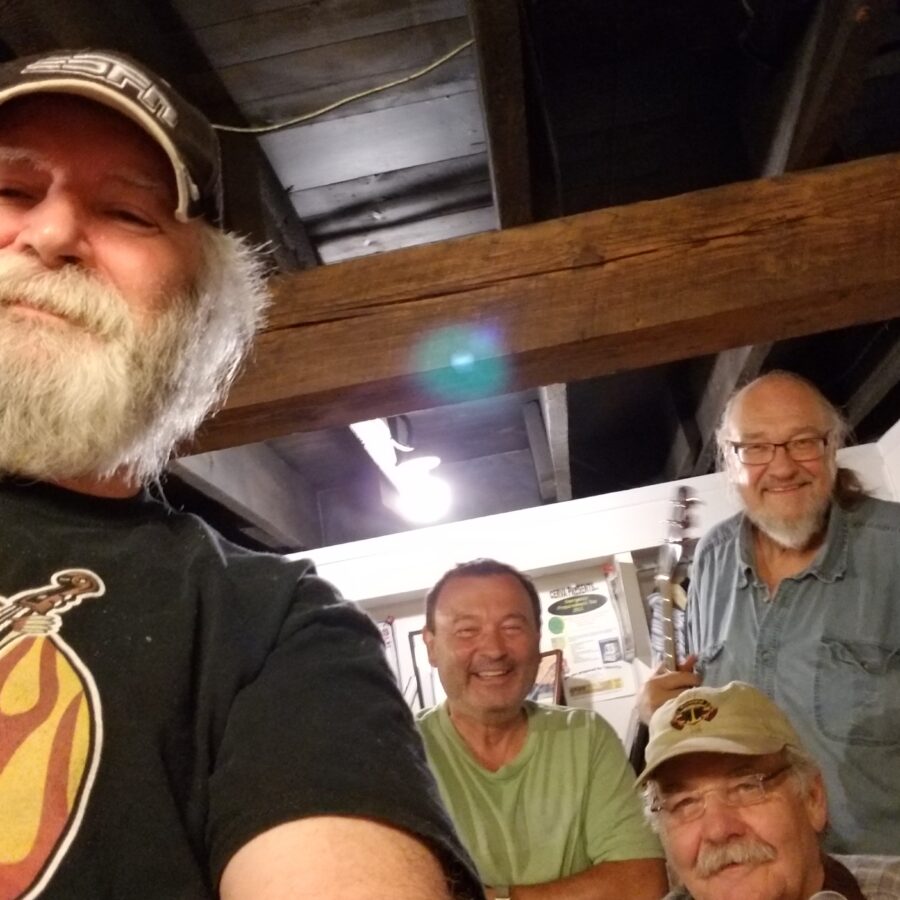 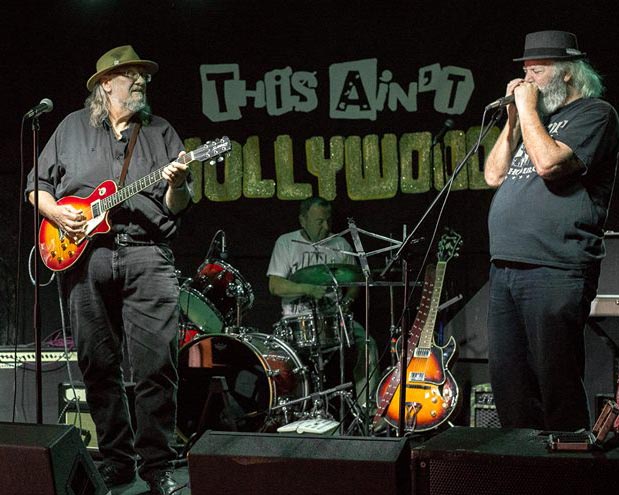 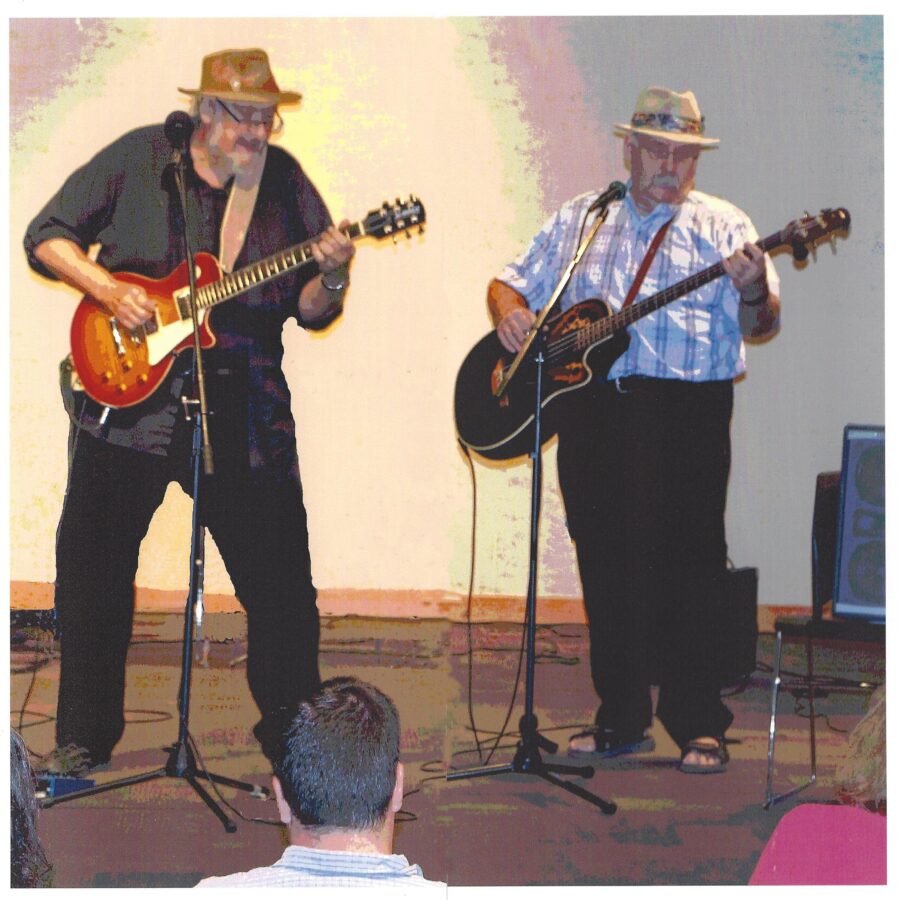 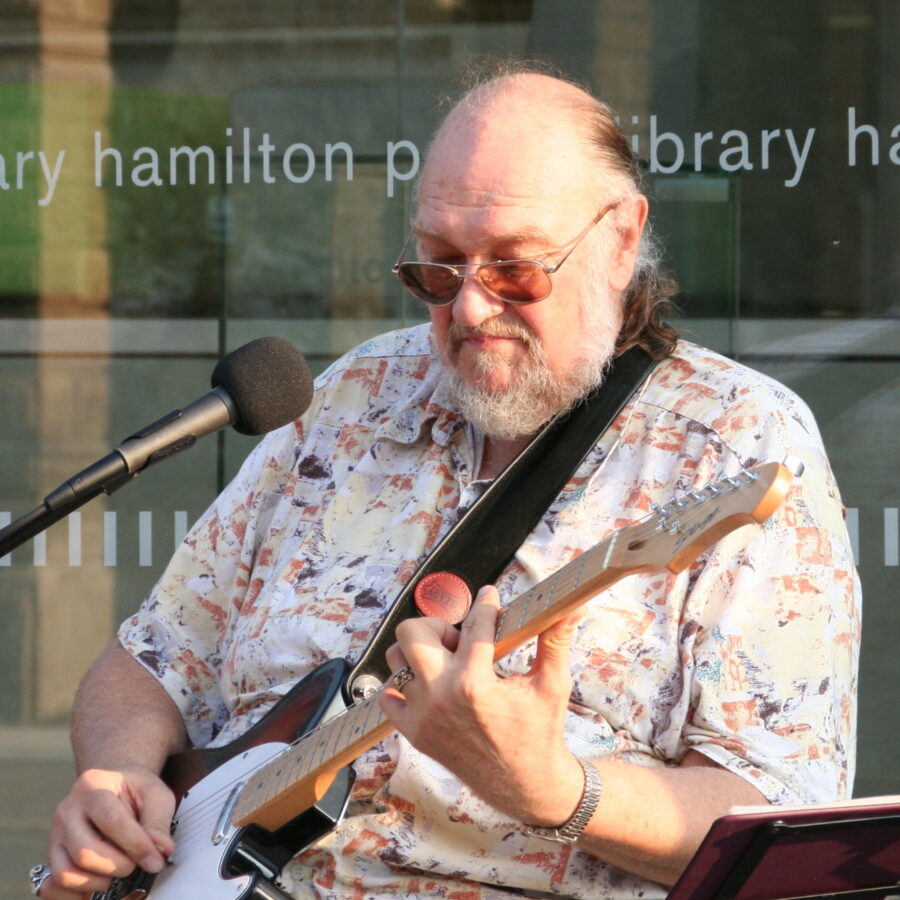 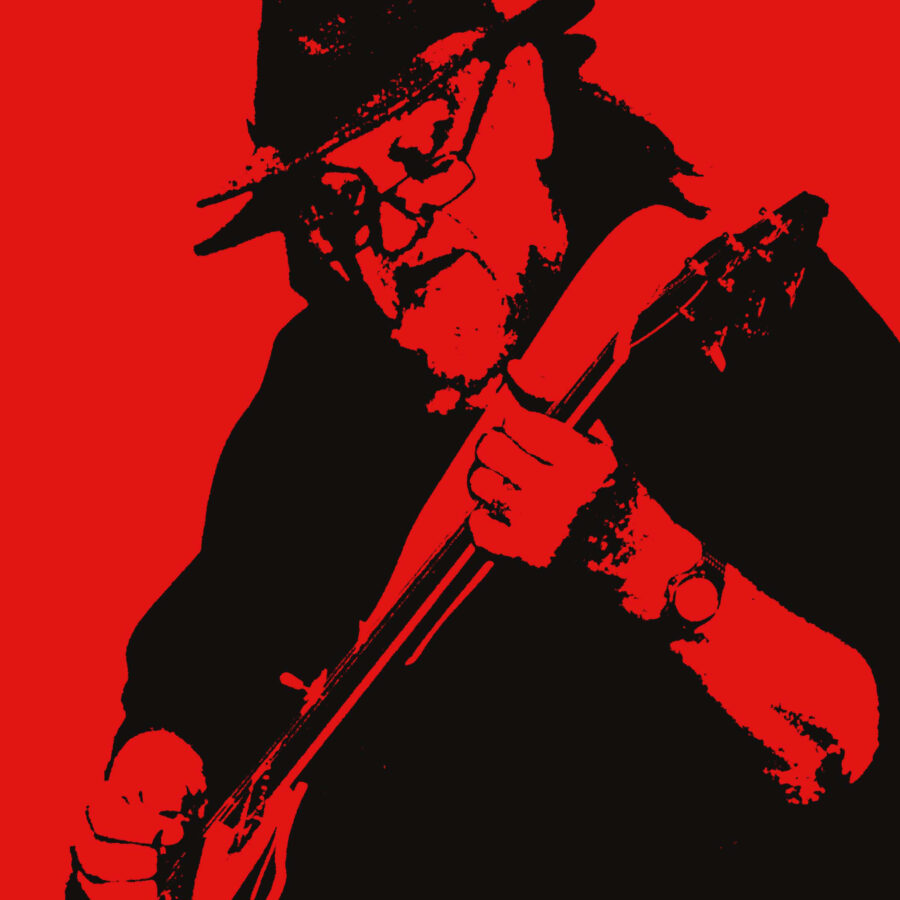 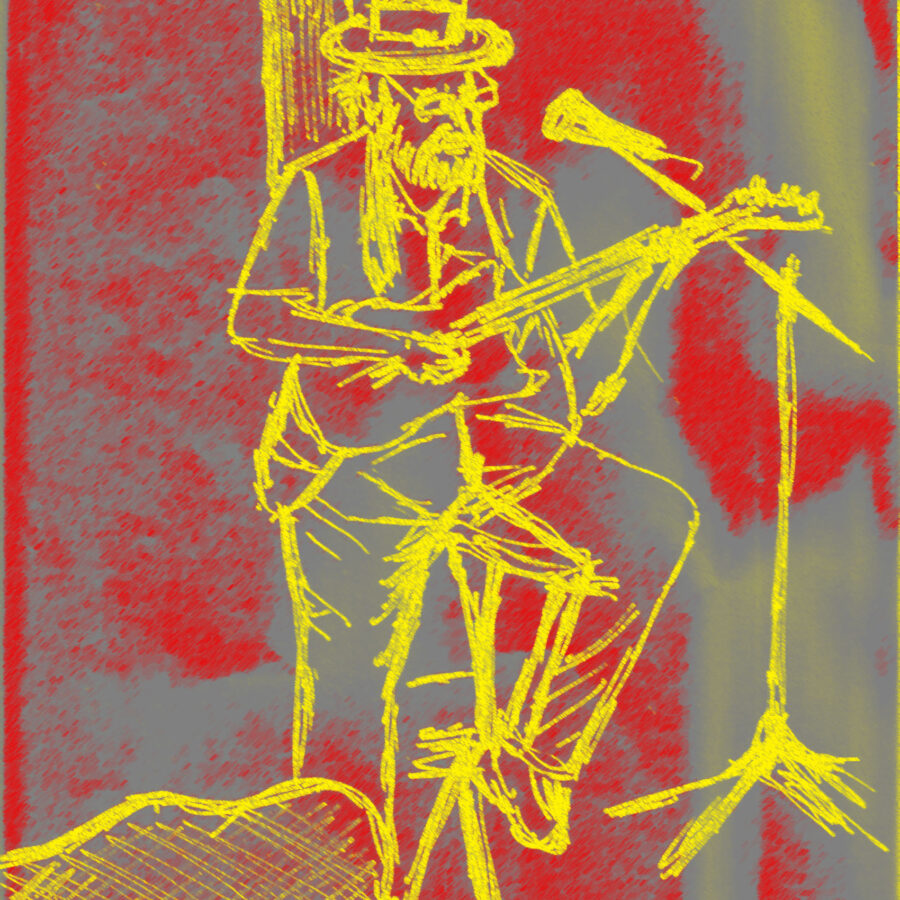 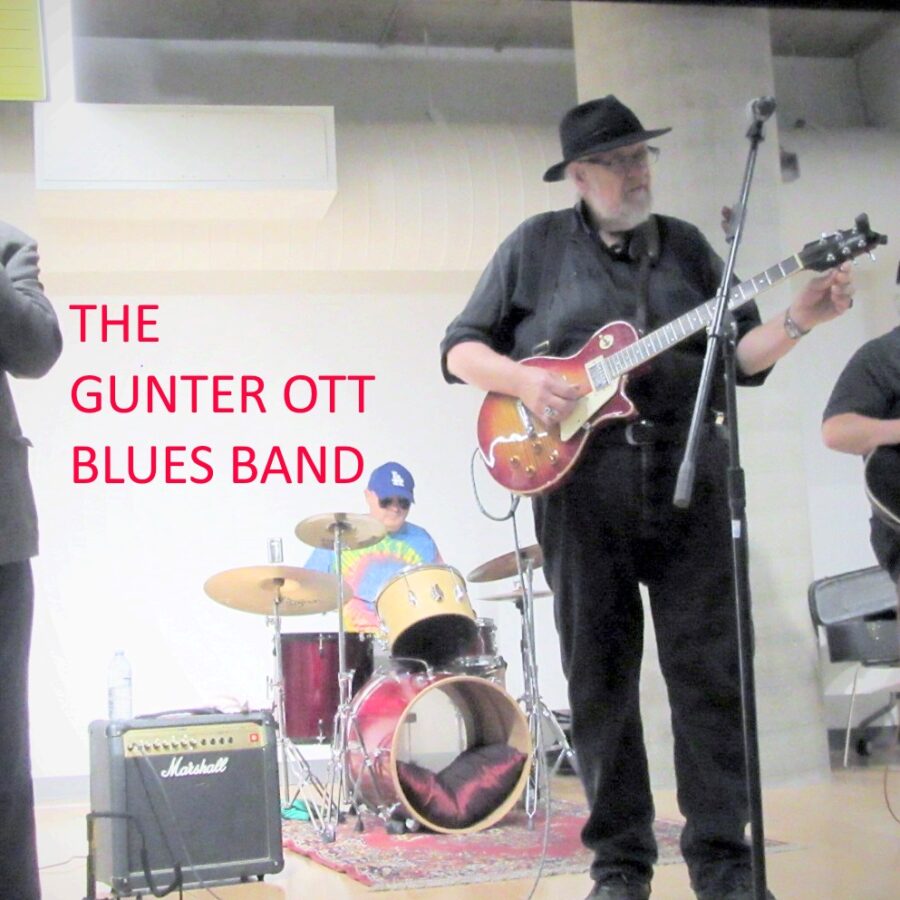 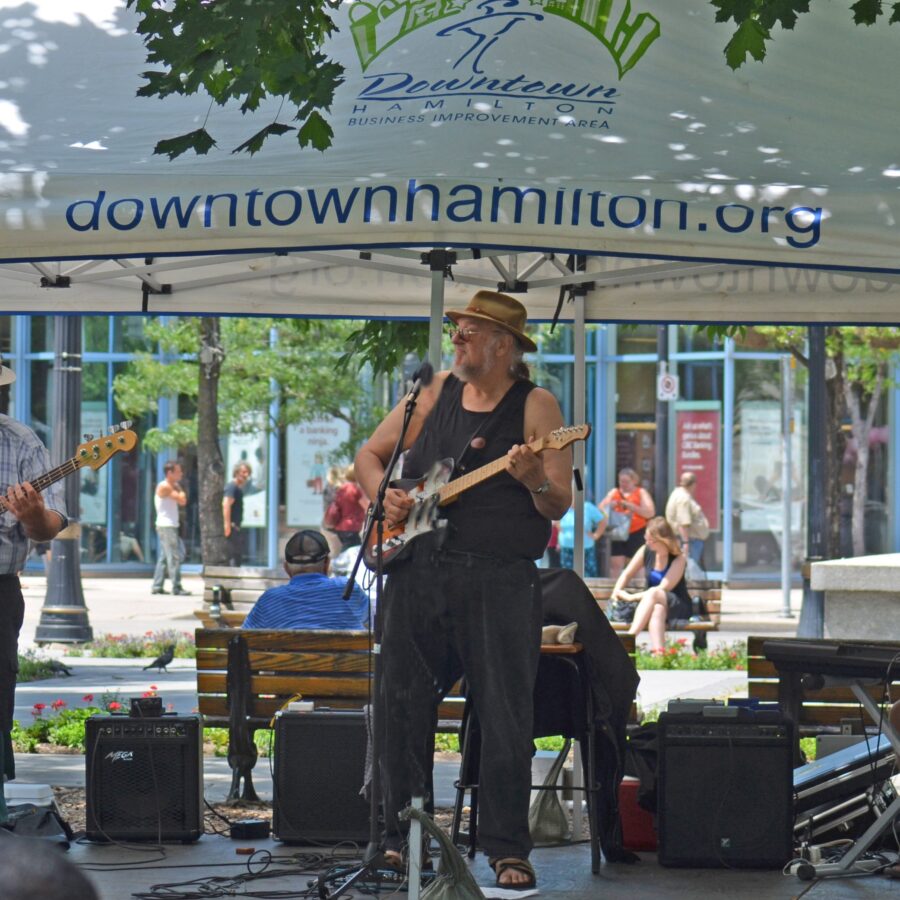