Claud Spadafora is a 20-something multidisciplinary art person, born and rooted in Hamilton. Claud works in a lot of different mediums; as a theatre-maker, playwright, poet, multimedia artist, filmmaker, performer, digital painter, and musician. Claud believes in process-over-product art making, and is interested in arts work that puts people and their well-being first. Claud identifies as disabled, neurodivergent, and queer- she is passionate about making art around these topics. Claud is a second generation Italian settler on Haudenosaunee and Anishinabewaki land. She's in the ongoing process of learning how to prevent identity-based harm in the arts spaces she occupies.

Playwrighting! During COVID, Claud created Bathtub Spaceship, an immersive and interactive live-stream sci-fi adventure. In it, Claud leads a small audience of astronauts through an interstellar rescue mission they pursue from their own bathtub (spaceship). Using live vocal modulation and Youtube's live chat, Claud plays 3 different characters, typing and speaking while simultaneously operating all the tech via 3 monitors, 2 computers, and unearned hubris. The piece explores themes of isolation, sarcastic robots, and how we need each other (Hamilton Frost Bites Festival in February 2021).

Performing! Claud performed and co-directed plays in three previous Hamilton Frost Bites Festivals, including Whorearchy: Pilgrimage (Critics Choice, View Mag) and Key Words Include. She has performed in Tottering Biped Theatre's Shakespeare at the Rock festival for 3 years, before taking the helm in 2019, when she directed a queer reimagining of Twelfth Night. Claud played the lead in #dirtygirl, the winner of the Hamilton Fringe Festival's Audience Choice Award in 2016.

Bragging! She has showcased her work at Hamilton Community Foundation’s Women For Change conference and was a Top 5 finalist for a 2017 Emerge Media Awards. She was an Emerging Artist nominee at the 2020 Hamilton Arts Awards and won second place prize in Factory Media Centre's 150 Seconds of Ontario filmmaking contest in 2018. 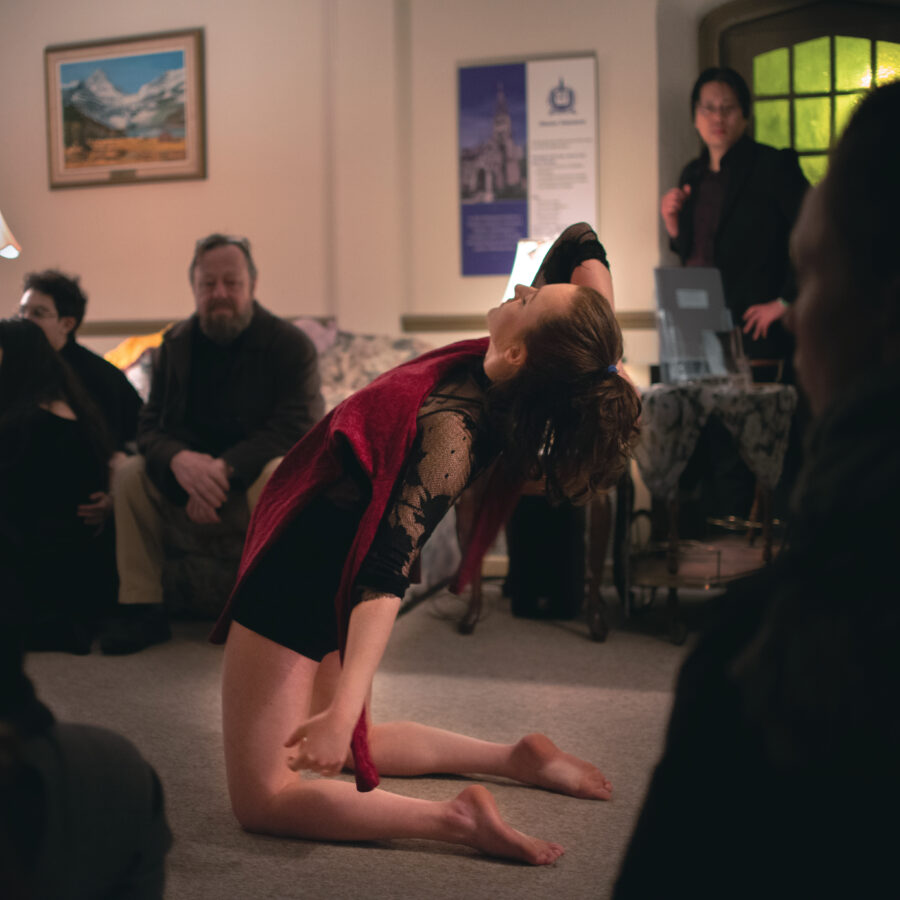 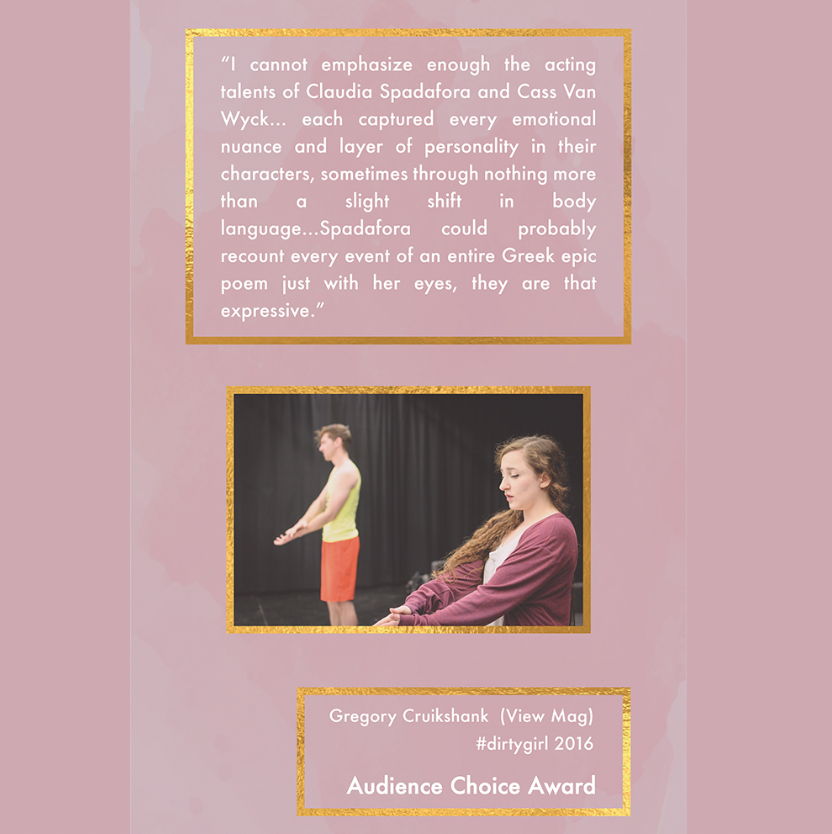 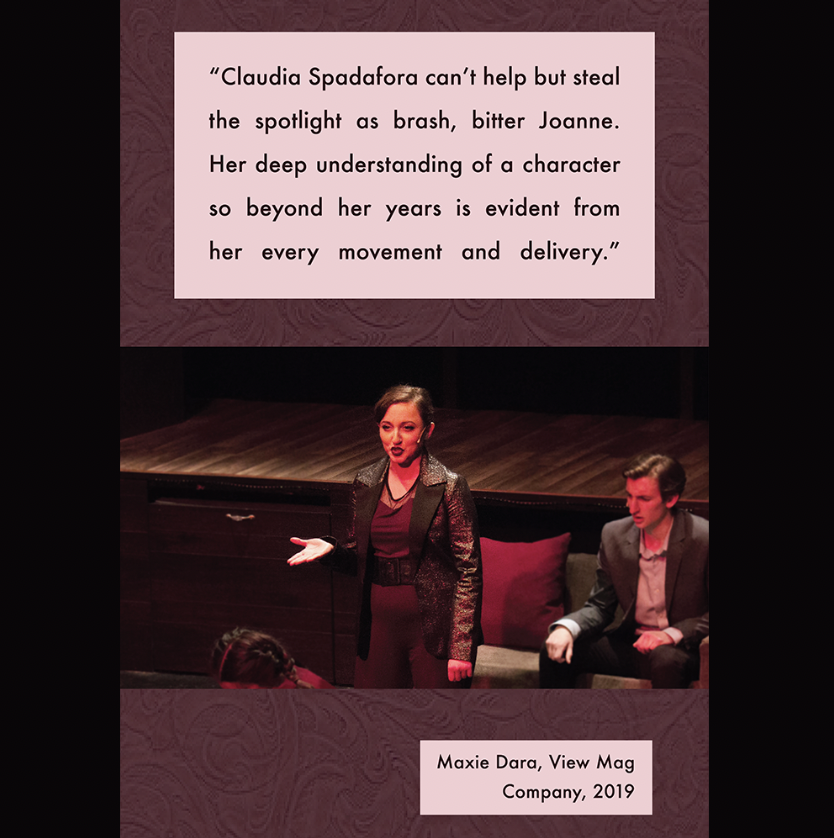 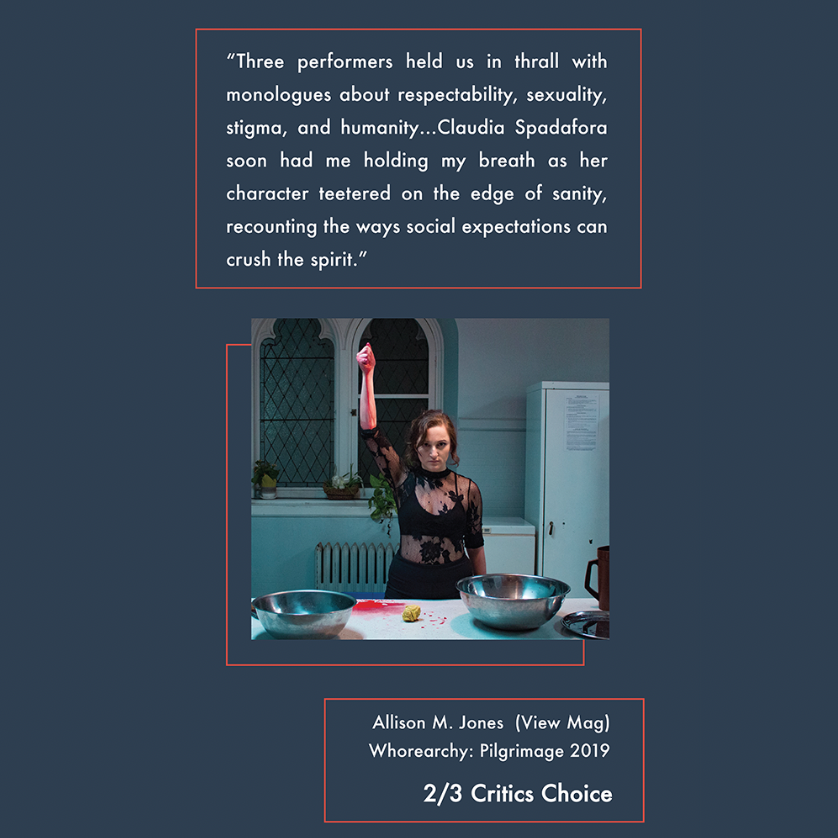 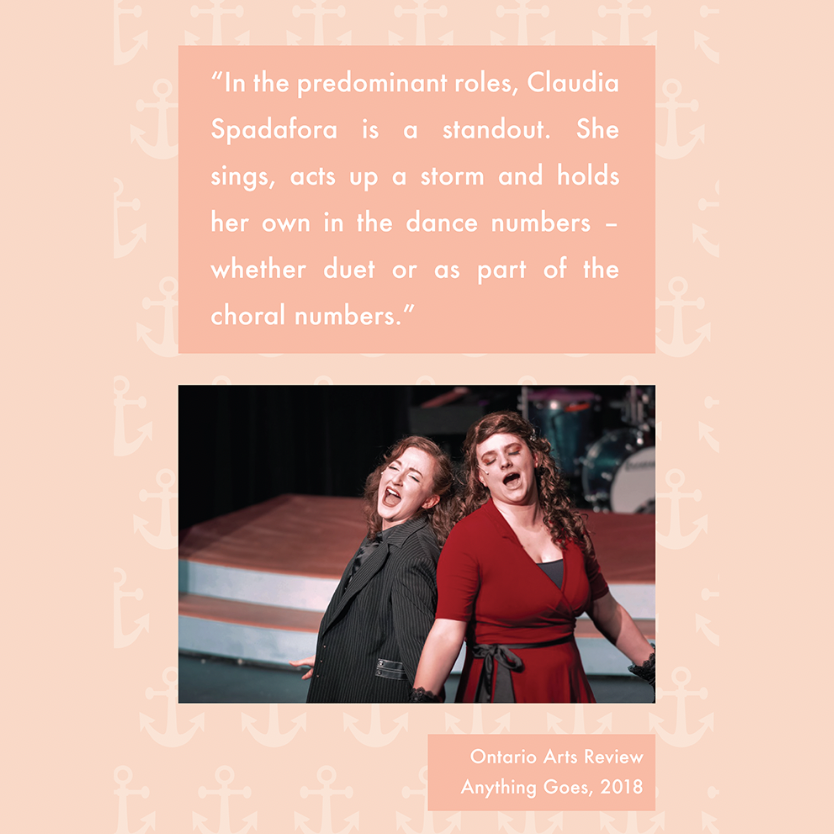 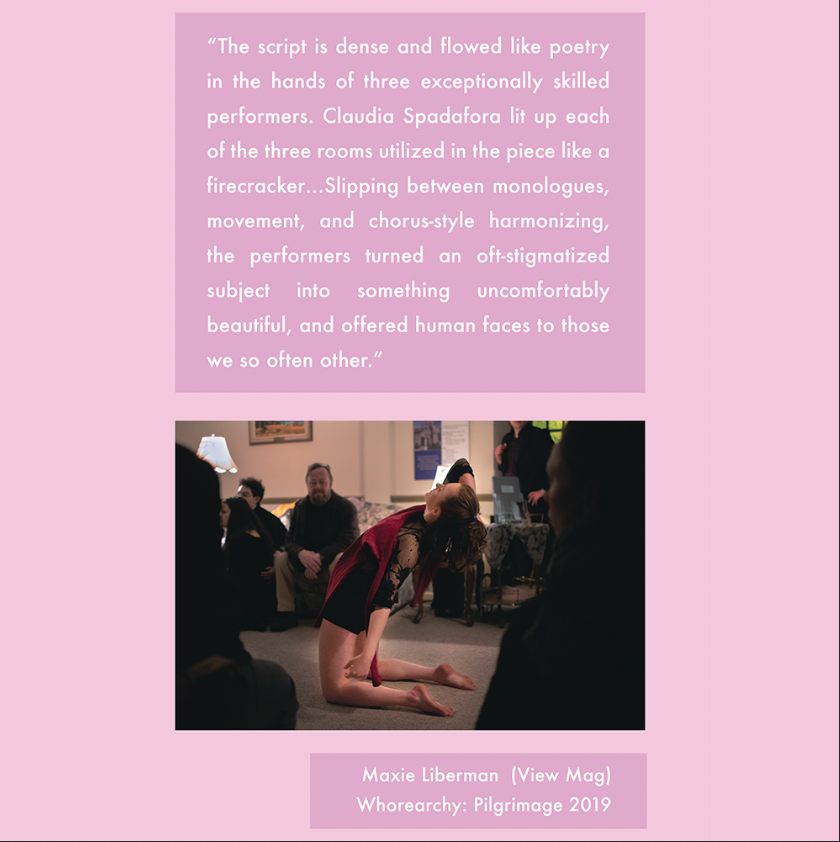 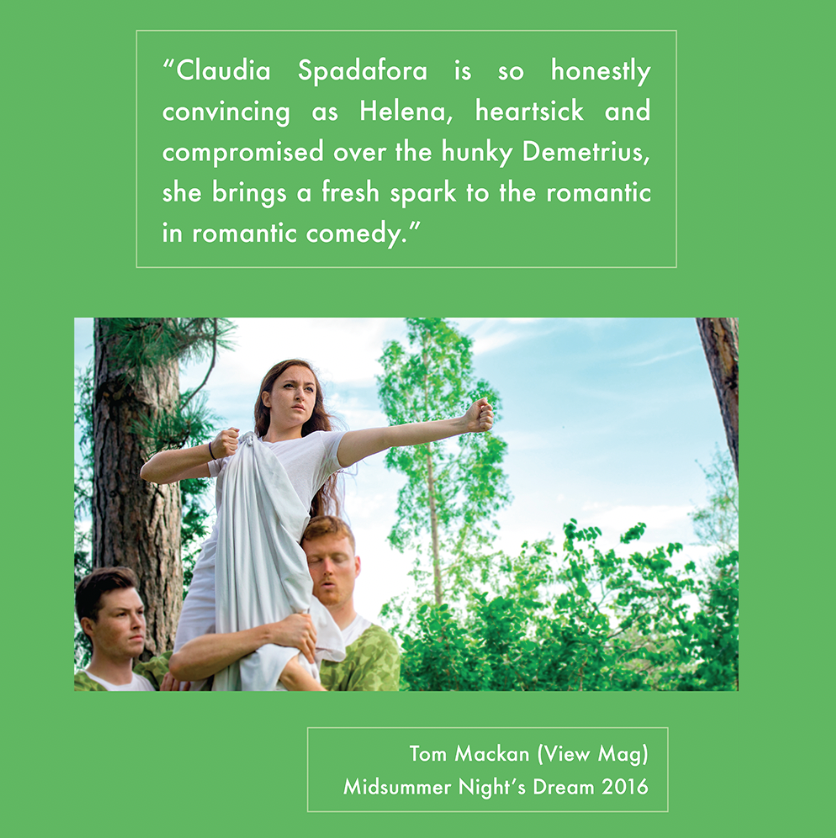 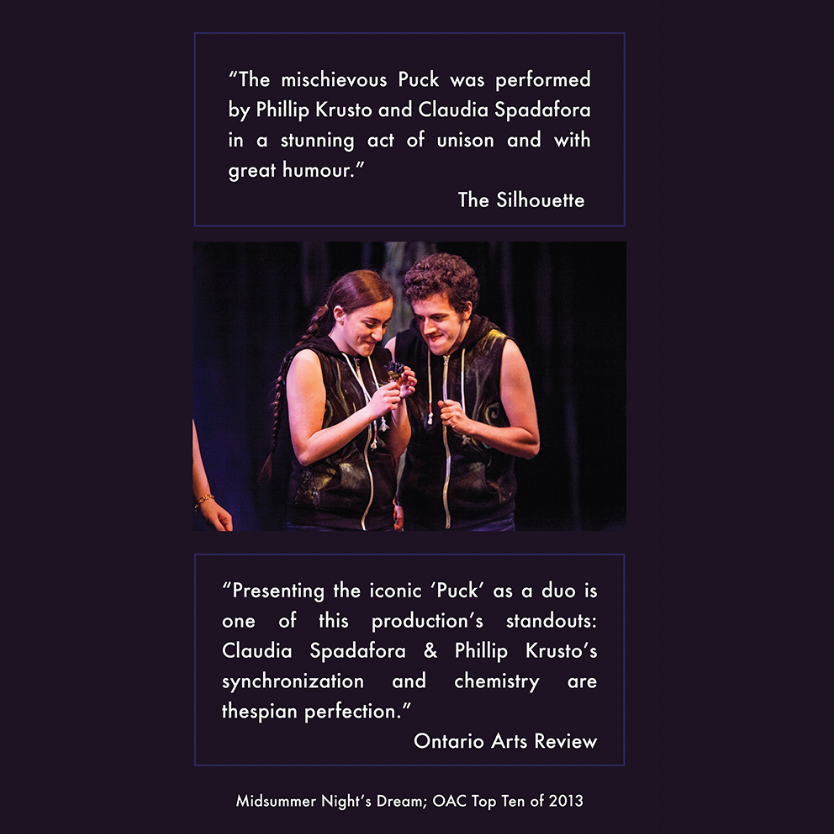 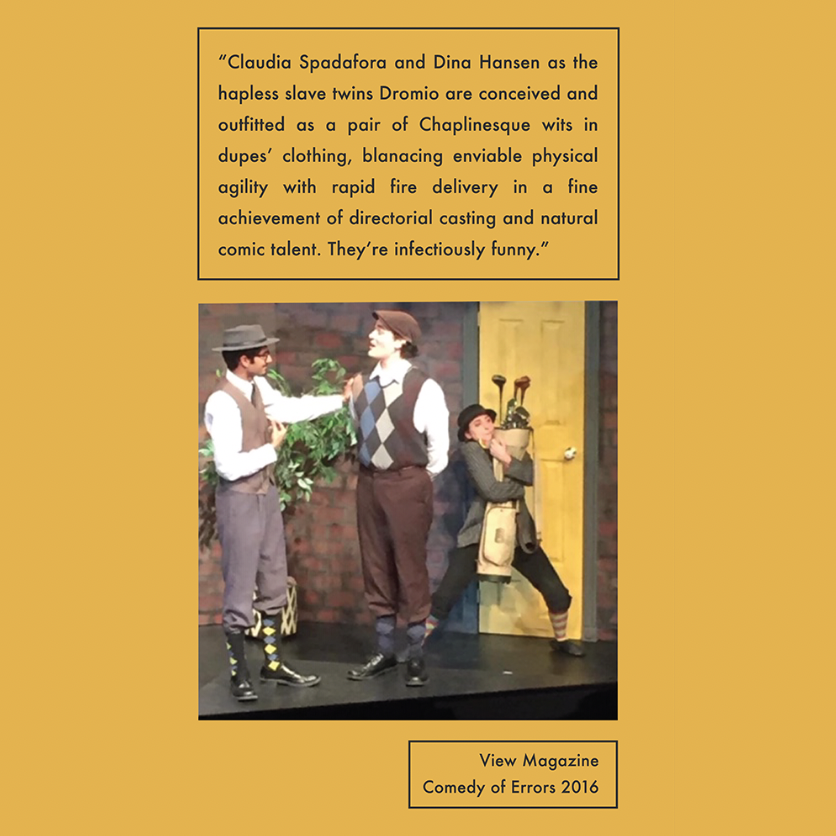 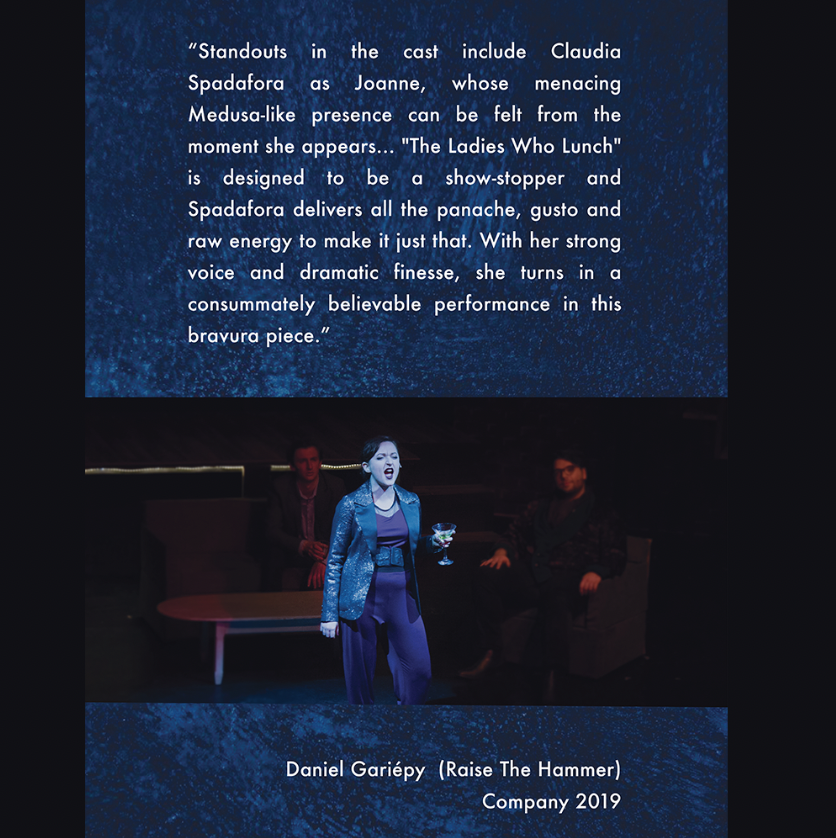 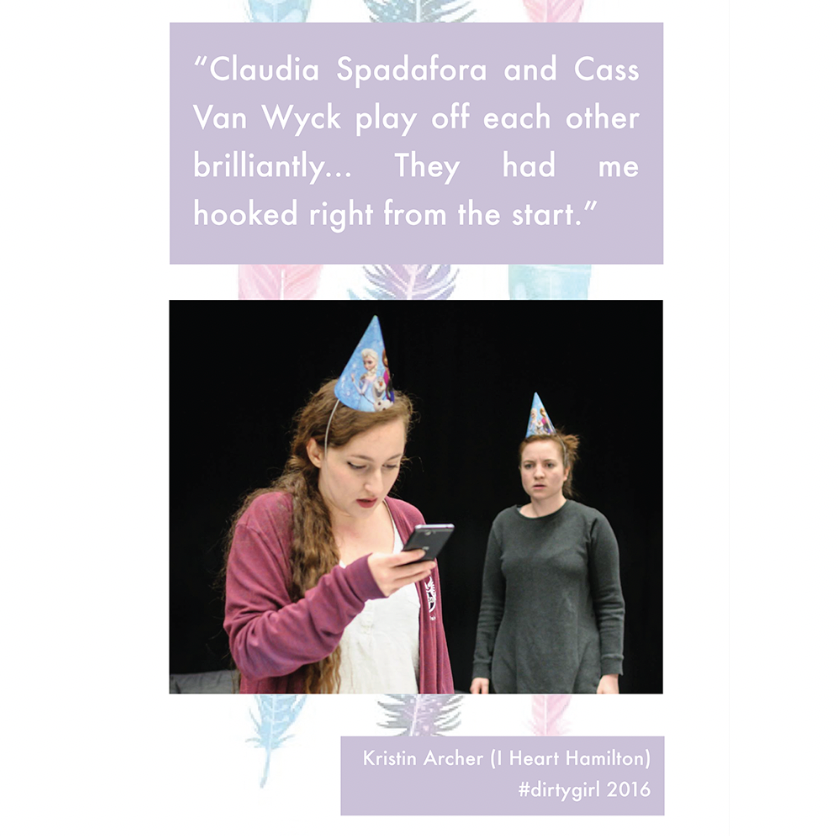 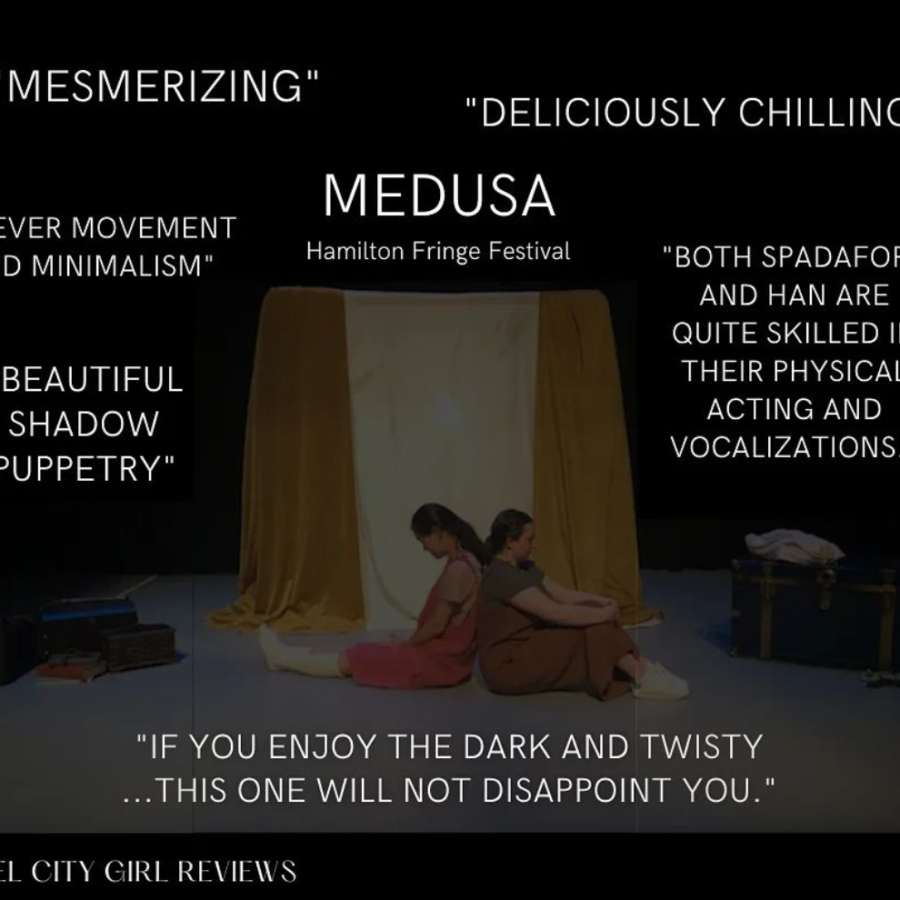 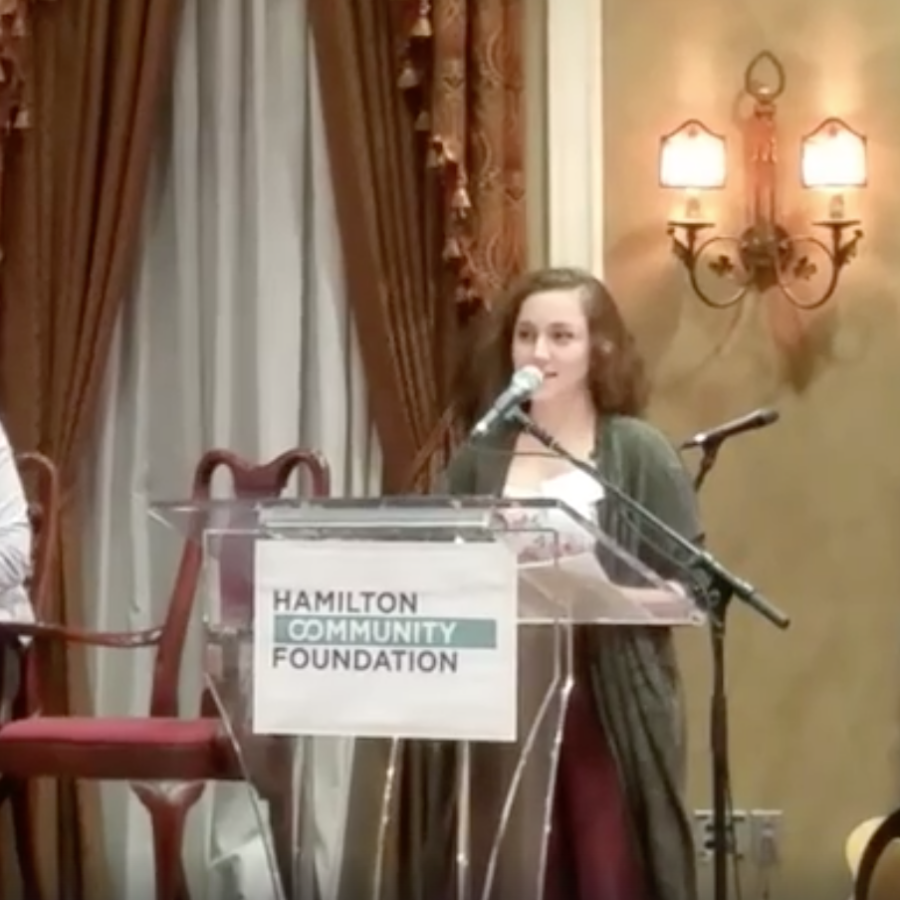 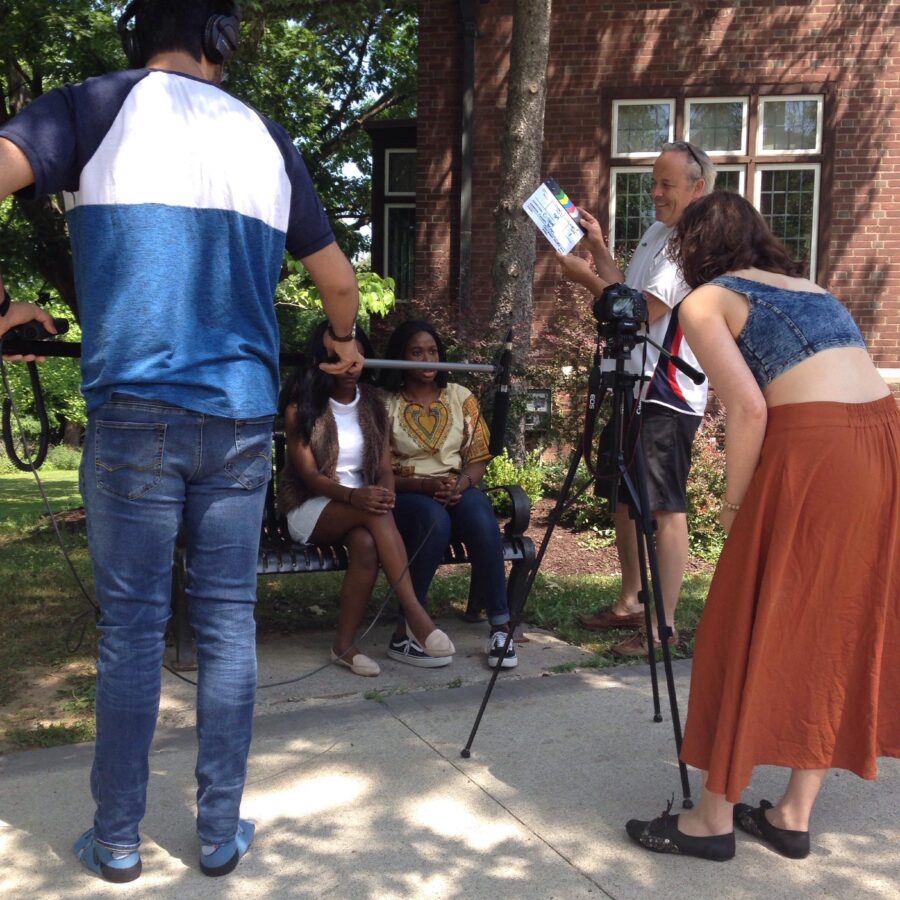 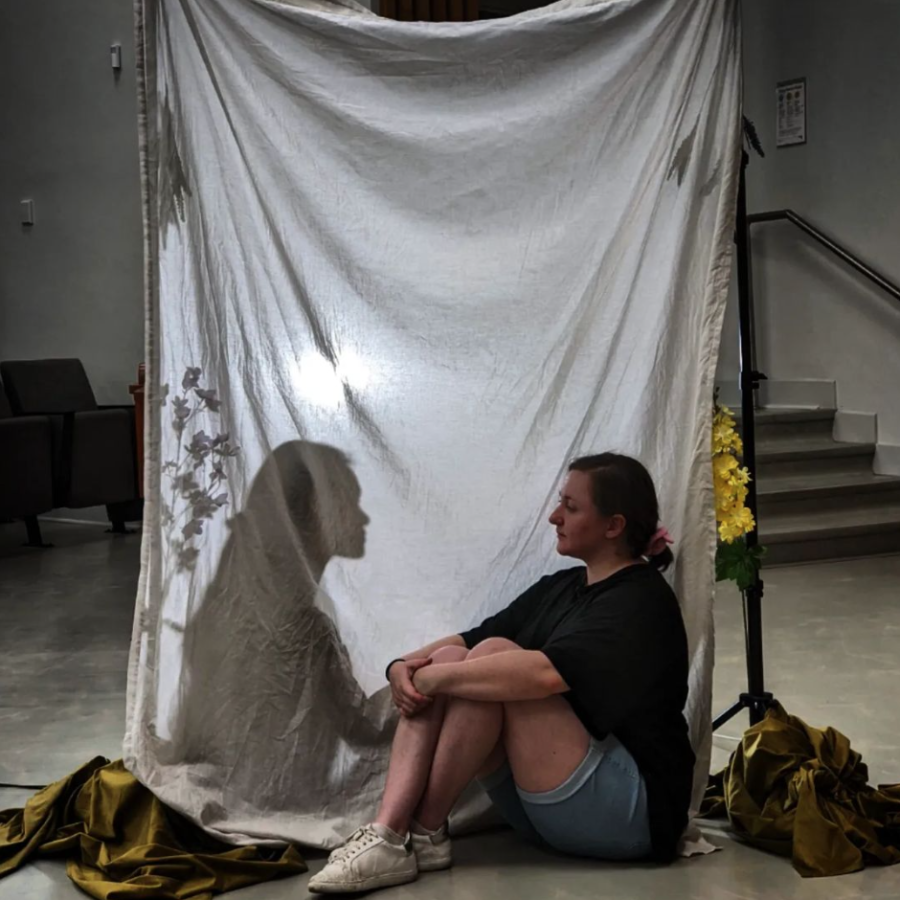